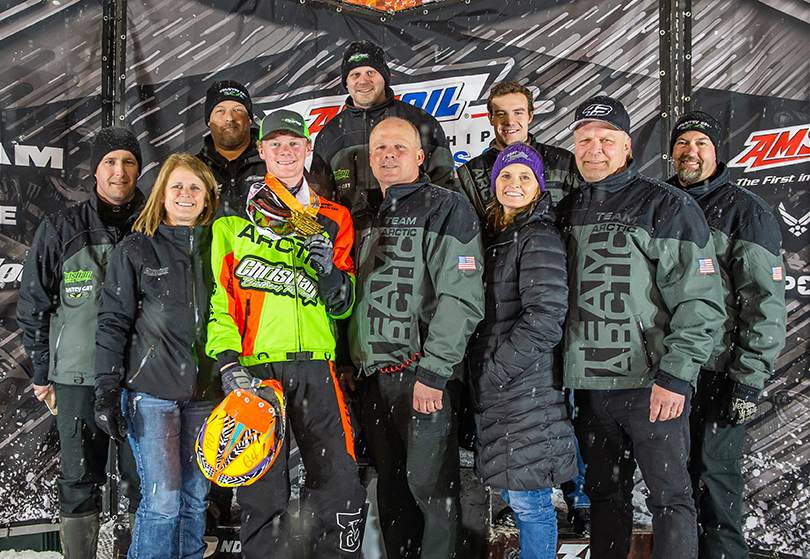 Fertile, MN (February 3, 2020) - Christian Brothers Racing (CBR) is enjoying the success of the new year, kicking off with #43 Logan Christian's back-to-back Pro podiums at Canterbury and Deadwood, and now spreading to the CBR Pro Lite trailer in Iowa. 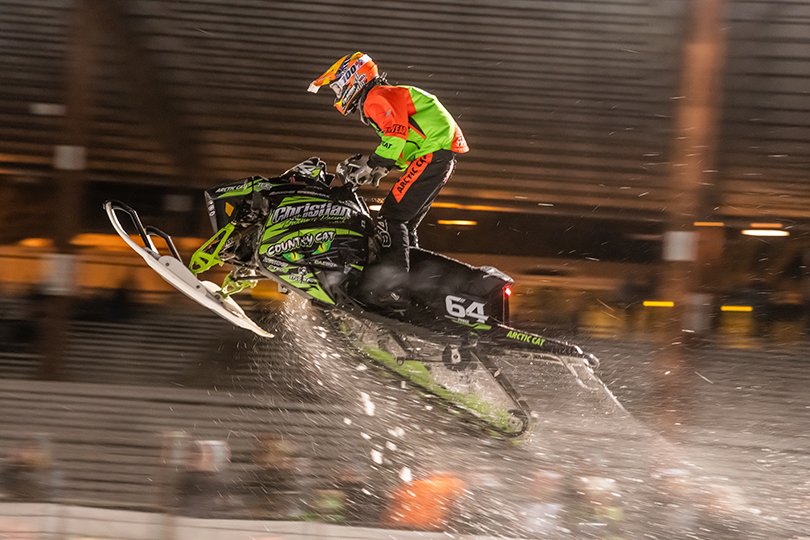 Coming out of Deadwood last week, #64 Andy Pake was confident his return to the podium was nearing, as he had run at the front of the Pro Lite class, but was just shy of reaching the box. Friday night in Iowa, Pake led the entire Pro Lite final after the first lap, showing strength, speed and confidence with his breakout, first-place finish of the season. 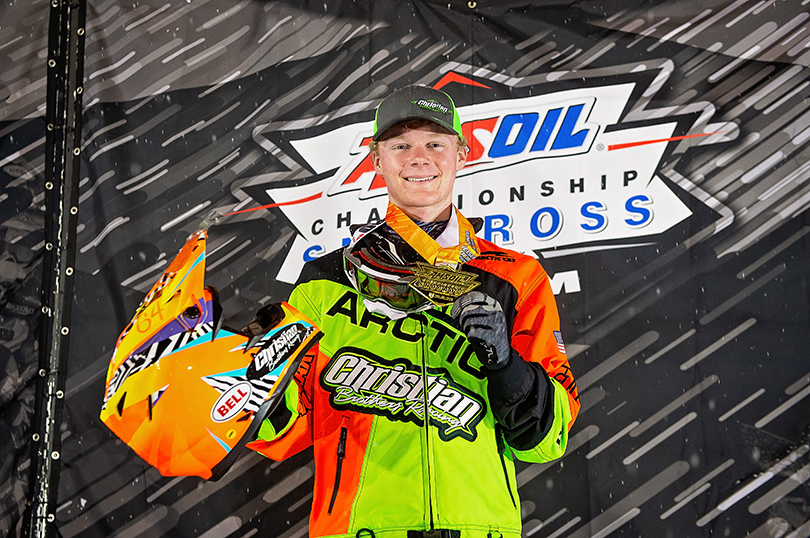 "Iowa was great. My Arctic Cat ZR held a strong start which put me at the front of the pack by the first corner. Shortly after, I moved to first, nearly had an off on the first lap [laughs], but calmed myself down, rode my own race, and held the lead until the end," said Pake. 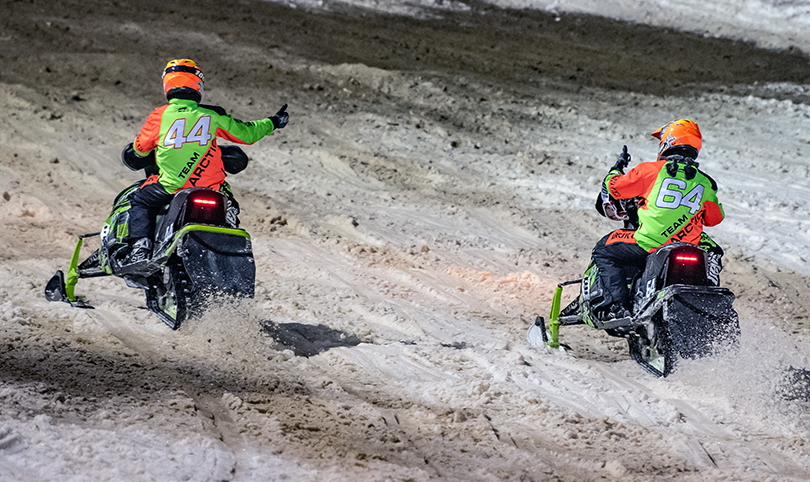 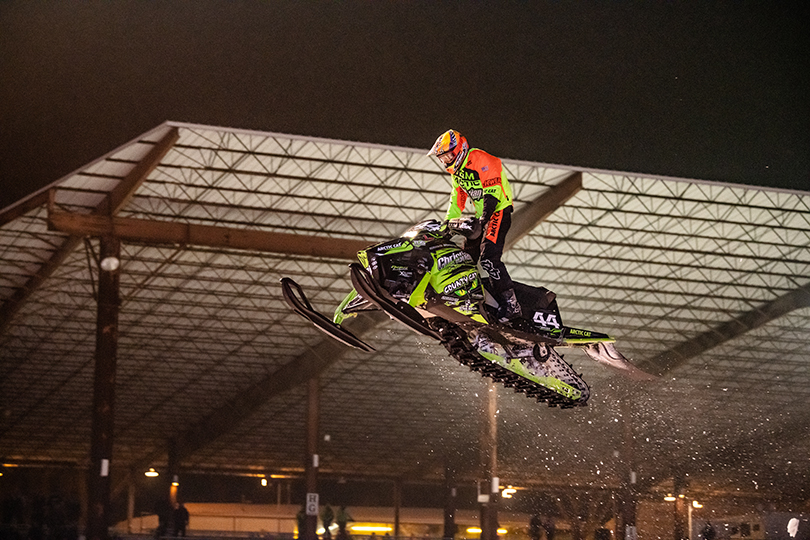 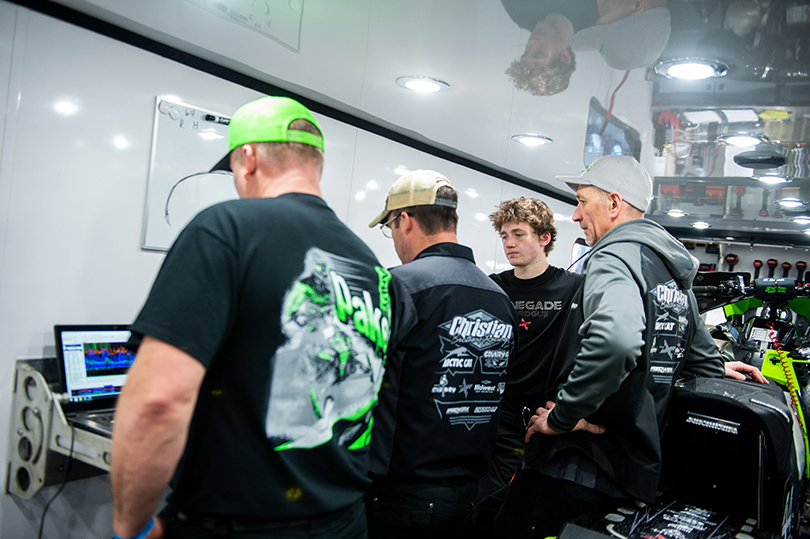 "It was a great feeling to qualify first for Saturday's Pro Lite final. The Christian Brothers Racing equipment is really strong, as is my team, and most importantly, I feel like I'm steadily improving. I look forward to a couple weeks of practice and the races ahead of us as we compete in New York," said Scheele. 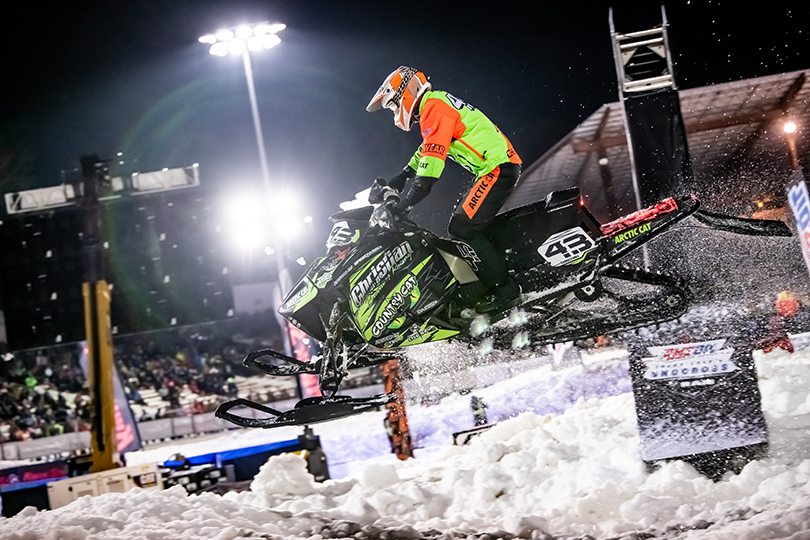 Team 43 Pro, Logan Christian said, "I'm happy for the rapid progression of Andy and Anson in our Pro Lite trailer. Everyone there deserves a win as they are working very hard for our sponsors and fans. The same goes for my team in our Pro trailer. Our equipment is working excellent, my qualifying in Iowa was great, but this was one of those weekends that doesn't show our success or how great I feel. After getting tangled up in some early lap traffic both days during the finals, I battled from the back of the pack to respectable finishes, which maintained my points standing. Like the rest of our team, I look forward to New York." 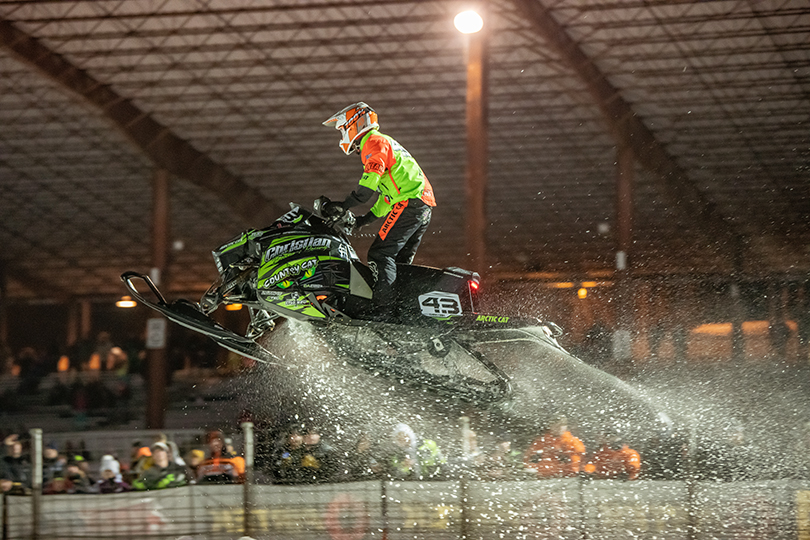 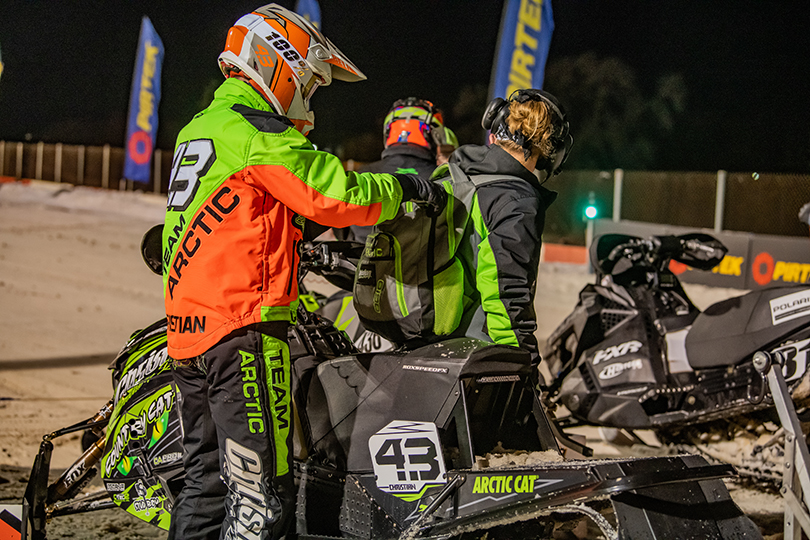 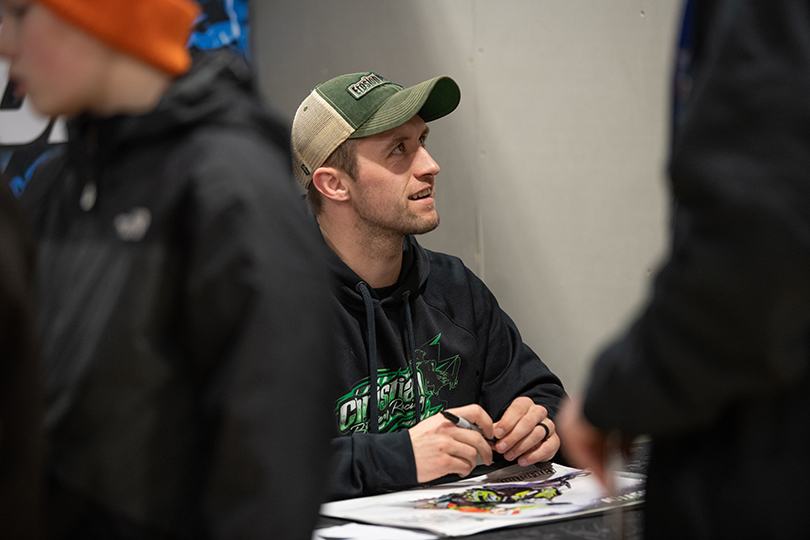 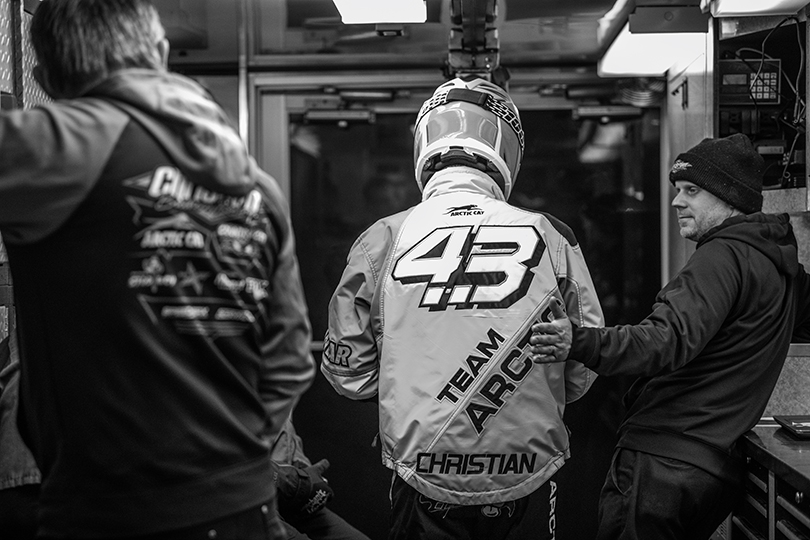 Christian Brothers Racing gave away a CBR Team Replica Jacket to two more lucky youths. Jackets are given away at each AMSOIL Championship Snocross National. 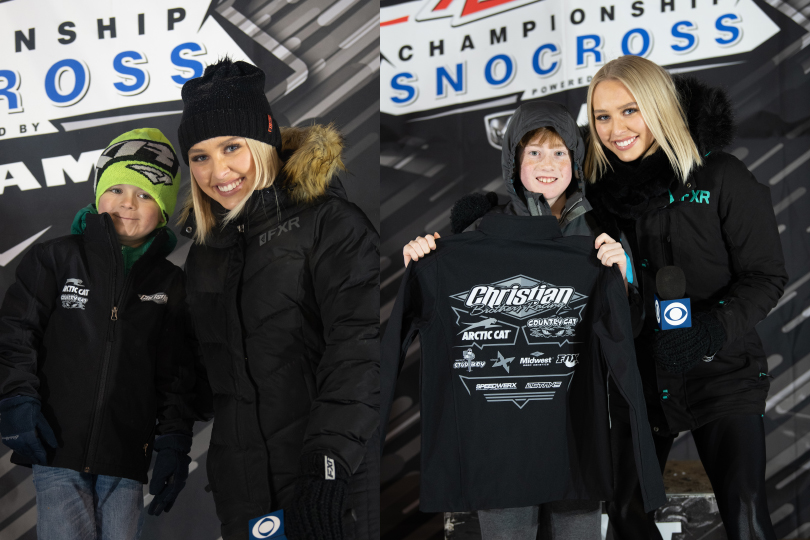 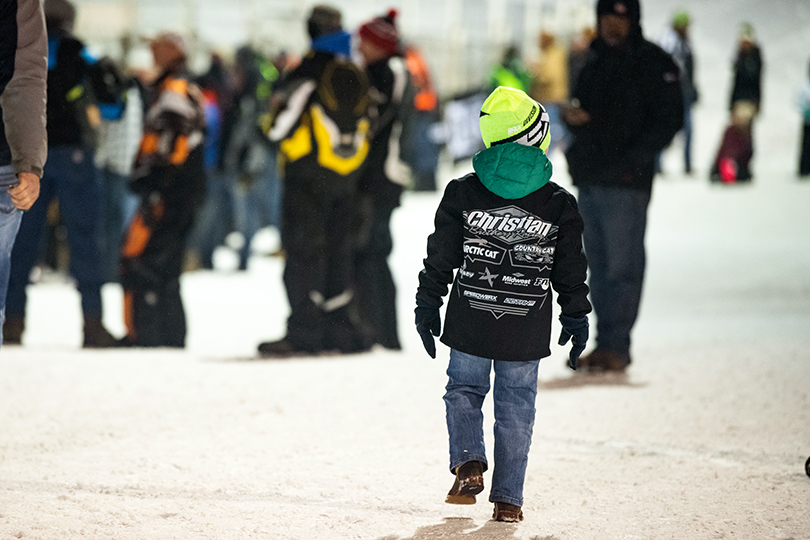 Next up for CBR is the Snocross National in Salamanca, New York, February 21 - February 22. 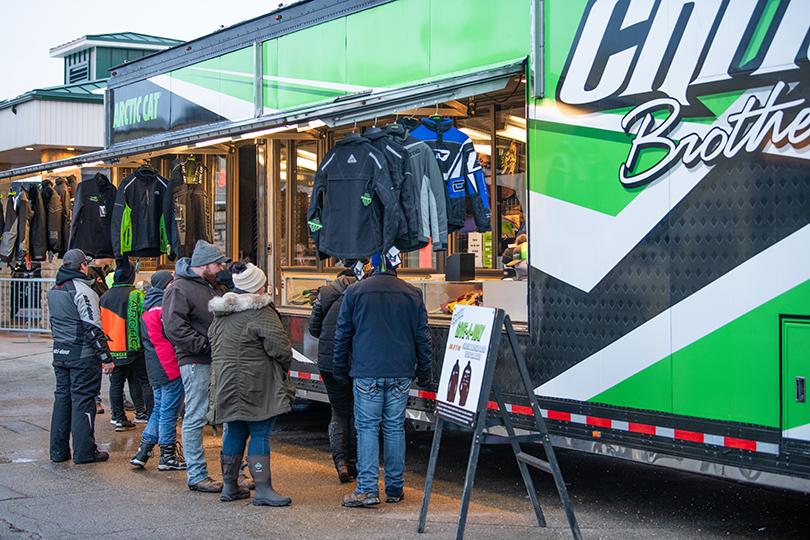