Fertile, Minn. (January 11, 2015) - Christian Brothers Racing rider Tyler Adams claimed the first Pro Lite win of his racing career at Round 6 of the ISOC National snocross race Saturday in front of thousands of snocross fans.
Rounds 5 and 6 on the schedule took place at one of the biggest venues the riders will visit this season, Canterbury Park in Shakopee, Minnesota. Located just outside Minneapolis, Canterbury Park traditionally draws one of the largest crowds of the season. It was a fitting venue for rookie Pro Lite rider Adams to claim his first win.

Canterbury features one of the largest tracks on the schedule and frigid temperatures that dipped below zero each evening meant snow dust, which hampered the riders' visibility. Adams cruised through heats in Round 6 racing and nosed his Arctic Cat snowmobile ahead of the pack out of the gate in the final. Adams capitalized on the good visibility out front and led the entire race, claiming the first Pro Lite win of his career. 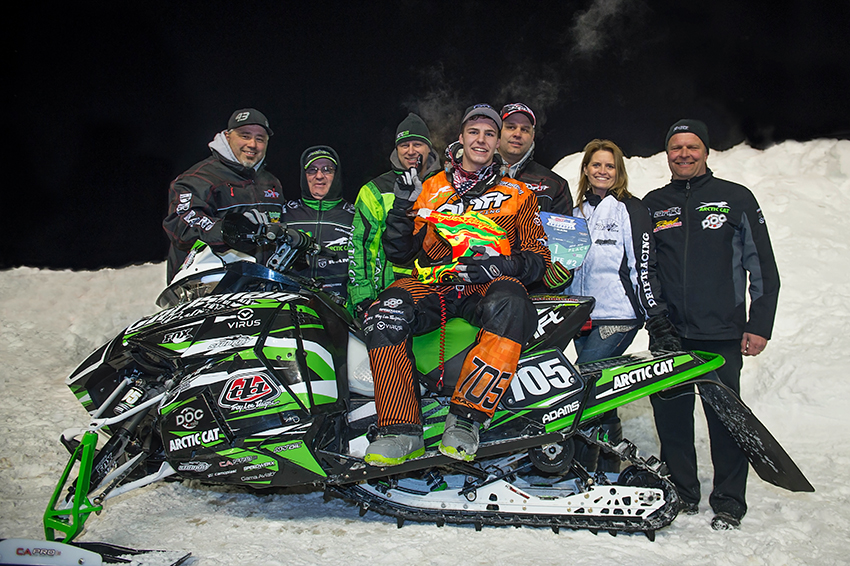 "I was able to get holeshots all day which gave me a ton of confidence for the final," Adams said. "Once I got that holeshot I knew it was just the track and it was up to me to write my own ending to the race."

DOC 360/DRIFT Racing/Arctic Cat rider Logan Christian had a stellar weekend in the Pro Open class, never finishing lower than 2nd in heat racing and claiming a 5th place finish in the final on Friday. Christian credited a chunk of his weekend?s performance to machine setup. 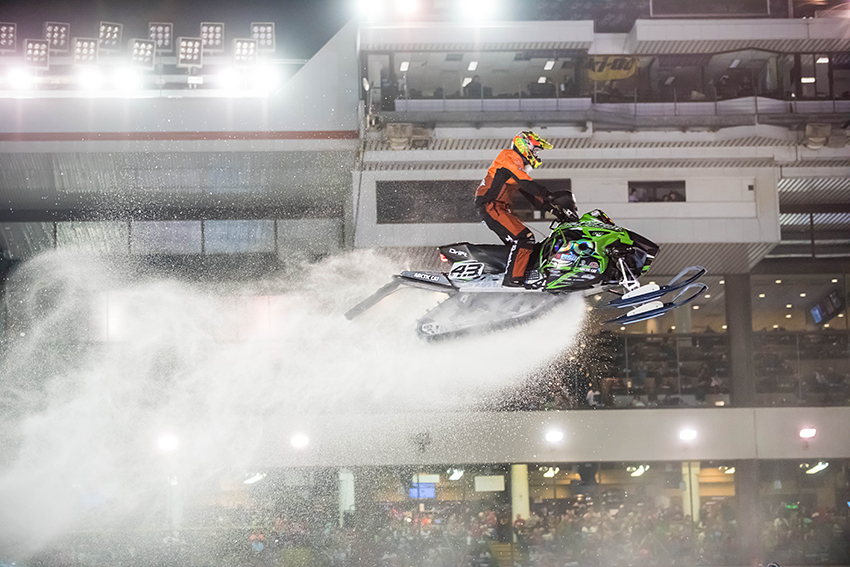 "Our mechanics Betsy Haldorson, Mike Carver, Ethan Hanson and D.J. Ekre had our Arctic Cat snowmobiles running awesome," said Christian. "Heats were solid - three wins and a second, I need to be more aggressive right away in the finals."

Royal Distributing/Arctic Cat rider Dave Joanis had a mixed bag of results in Pro Open on the weekend. Joanis ran strong on Friday, finishing Top 3 in both his heats and placing 8th in the final, but Saturday he battled some bad breaks. 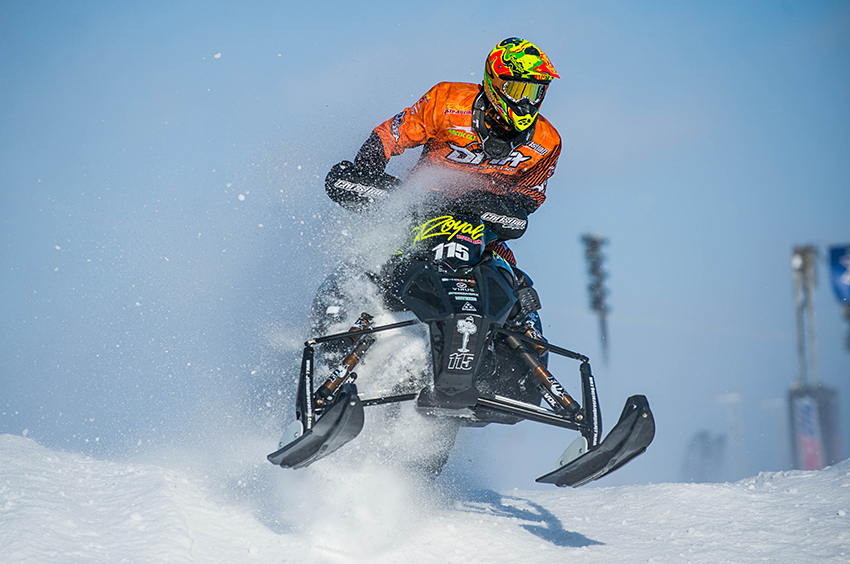 "Friday went great and I got a good finish," said Joanis. "I struggled in qualifying on Saturday and ended up in the LCQ where I got tangled with another rider passing for the lead. The team really worked hard this weekend and gave me a great sled, we just needed a little more luck."

The next event on the snocross schedule for CBR is the Winter X Games in Aspen, Colorado, January 22-25. Fans can visit xgames.espn.go.com for schedules television air times.