Christian Brothers Dominates at World Championship Snowmobile Derby
Fertile, MN (January 18, 2016) - Known as the "Snowmobile Capital of the World" Eagle River, Wisconsin plays host to the World Championship Snowmobile Derby, which is one of the longest-running, most prestigious snowmobile races in the world. The Derby typically takes place the third weekend in January which historically is the coldest week of the year. The 2016 edition was no exception. Christian Brothers Racing riders Logan Christian and Dave Joanis who were both at the event competing for the snocross portion of the World Championship this past January, 15-17 were greeted with sub-sero temperatures. 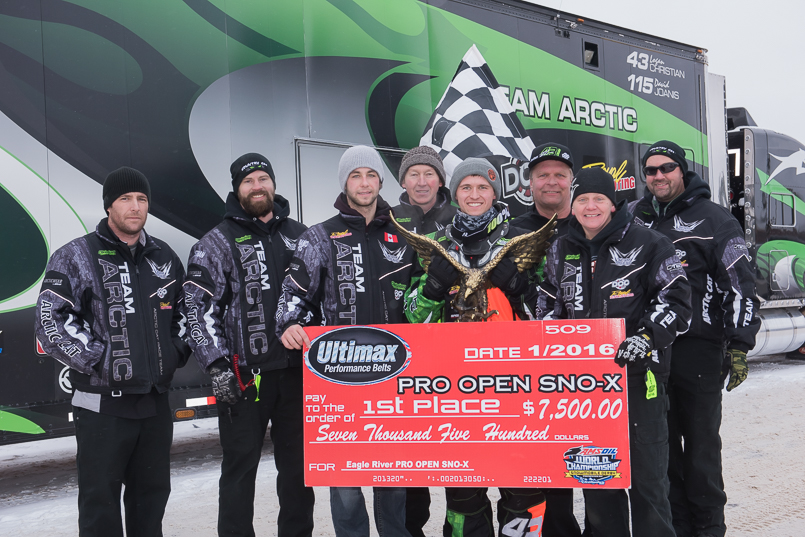 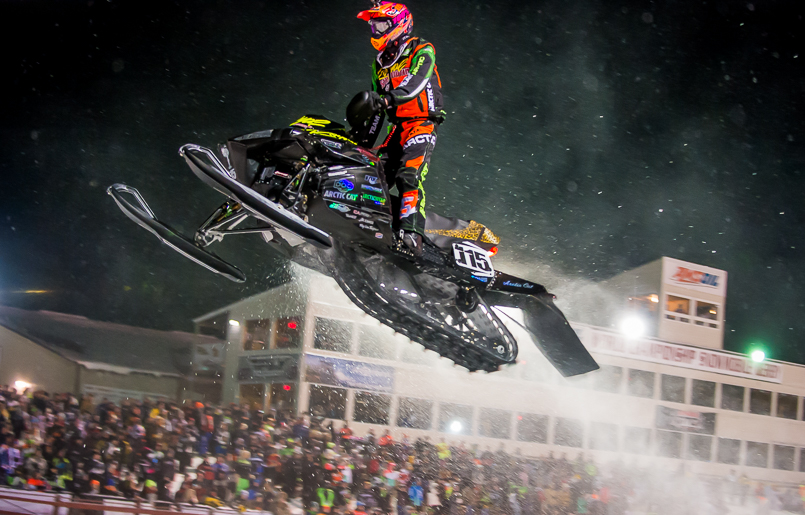 Going into Saturday for the World Championship Pro Open Snocross Final it was Joanis with the top qualifying spot and Christian with 2nd pick on the line. As the starter threw the green flag Joanis aboard his Royal Distributing/Arctic Cat and Christian aboard his Doc360/Arctic Cat both rocketed off the start, but it was Joanis who took over the #1 position as the sleds entered the first turn with Christian in 3rd.. As the field settled into their positions for their 20 lap final, Christian made his move on the backstretch making the pass taking over 2nd place. Joanis followed by Christian started breaking away from the rest of the competitors building a commanding lead. With a bobble in turn 1 for Joanis, Christian capitalized on the mistake and moved into the lead. When the checkers flew the Christian Brothers Racing teammates would finish 1st and 2nd with Logan Christian earning the title "World Champion". 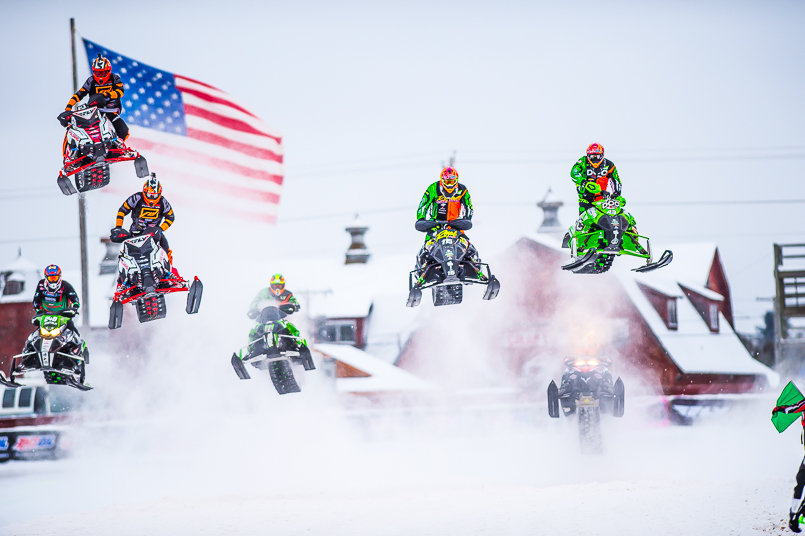 "Eagle River was good for us," stated Logan Christian "Our first time there for the derby and it was really cool. It was different for us running just heats one day and the final the next but it worked out. Track was fast and had some big jumps. Betsy, DJ and Carver had my sled dialed and I am pumped to come away with the win and confidence going back to ISOC racing." 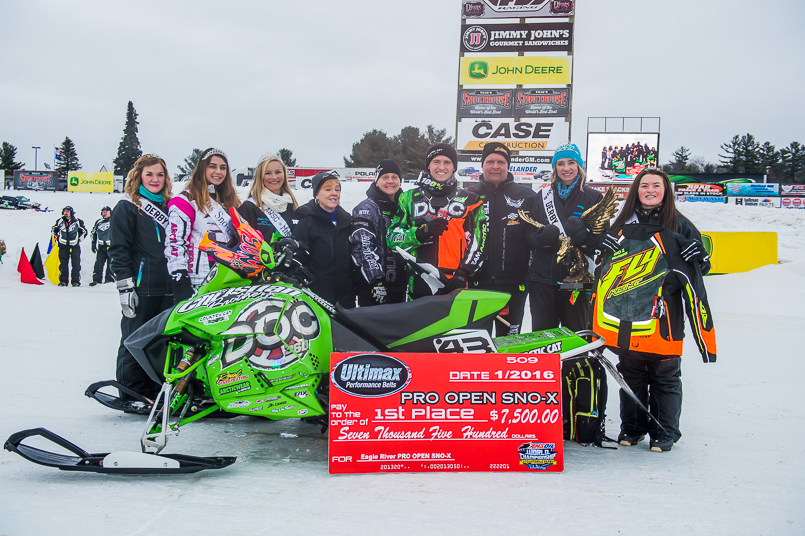 "I felt good riding all weekend and had some fun qualifiers battling with Logan," said Joanis. "Unfortunately I made a mistake in the final that cost me the win, but I managed to still finish 2nd and was happy to see that Logan won it! Looking forward to Deadwood this weekend." 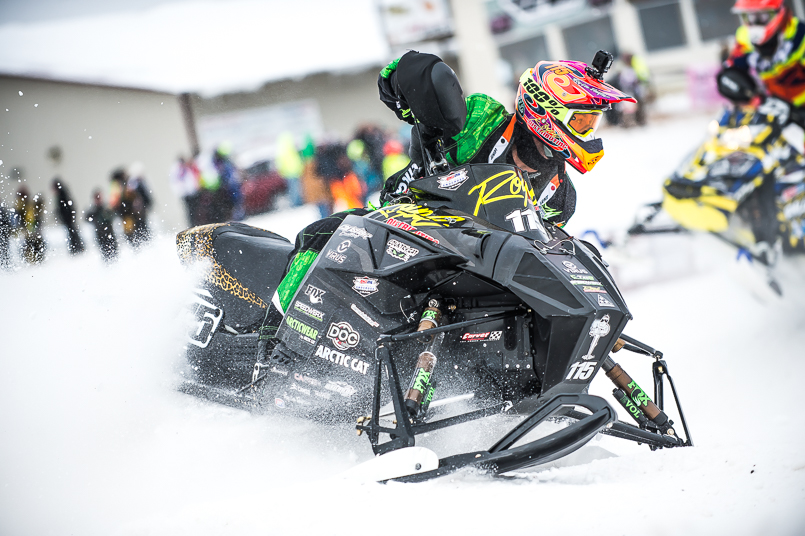 Click on the link below to watch the CBR/Arctic Cat 120 Giveaway Video
https://www.youtube.com/watch?v=oVpkQHA4p5I