Christian Brothers Racing Kicks Off New Year With Three Wins At Shakopee Snocross
Fertile, MN (January 9, 2018) - The New Year started off on a high note for Christian Brothers Racing with its riders claiming three wins at one of the biggest snocross races on the National schedule this past January 5-6. Sub-zero temperatures meant riders had to deal with clouds of snow dust and an icy, unpredictable track at the event held at Canterbury Park in Shakopee, Minnesota. Despite the weather, race fans persevered with a "sold out" crowd. 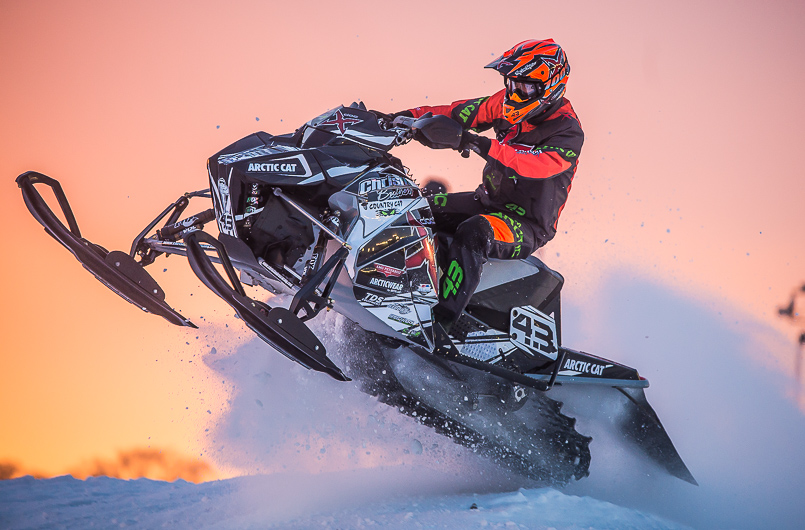 Coming off a podium weekend before the holiday break, Logan Christian (doc/AMG Peterbilt/Arctic Cat) continued to be a force in the Pro Class, despite a touch of the flu. Taking Top 3 finishes in all his heats and two Top 5 finishes in the finals while narrowly missing the podium with a 4th place result on Saturday. 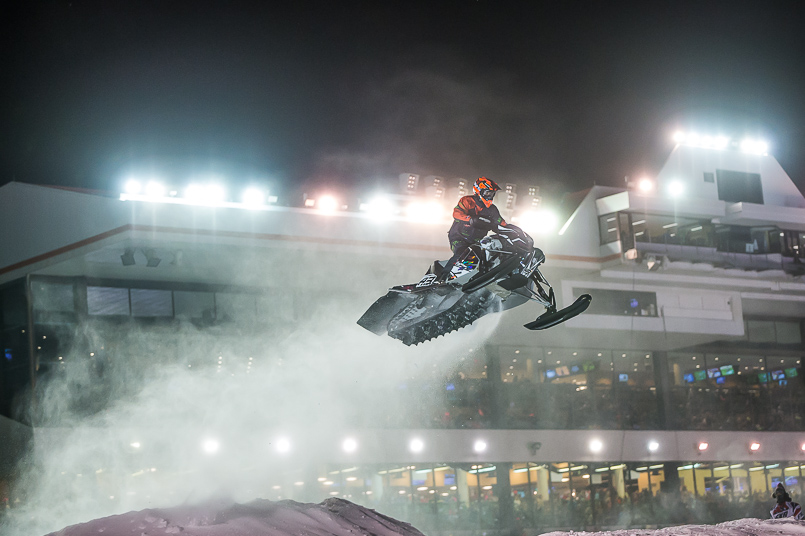 "I had a touch of the stomach flu and lack of energy, so we didn't get back on the podium like we wanted to," said Christian. "The team worked really hard all weekend, battling the cold temperatures the whole time. We stayed comfortable in points but we for sure want better results at the next race in Deadwood." 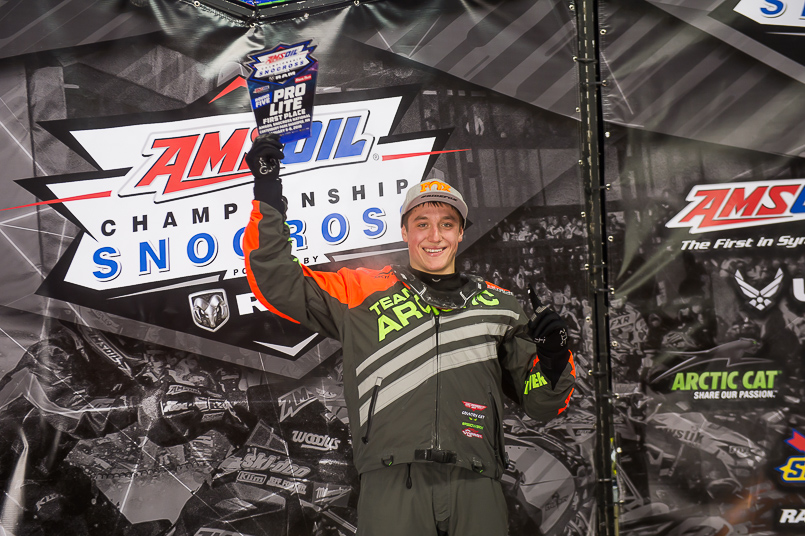 Jacob Yurk (Country Cat/TDS Equipment/Arctic Cat) was looking to add another win to his already successful season and he did just that, leading flag to flag in Friday's final. It looked like he was going for a repeat performance on Saturday when he swept his heats, but he had to settle for the 3rd step on the podium, capping off the best weekend of his career so far. 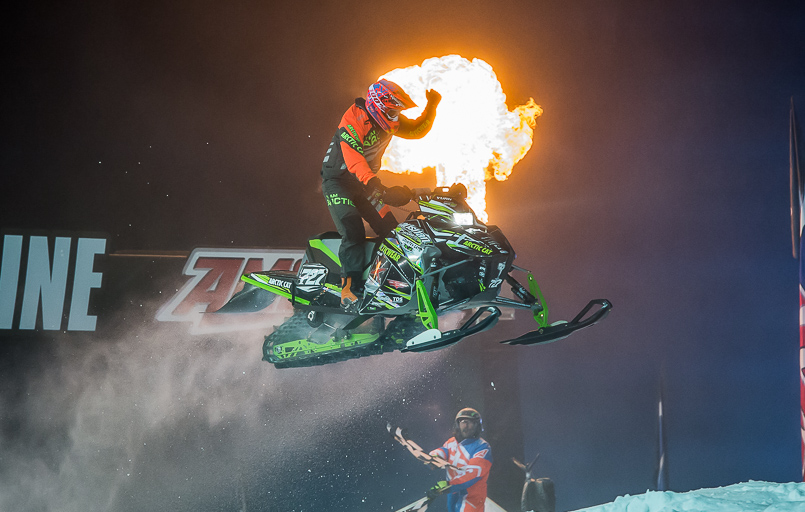 "Canterbury went very well for us," said Yurk. "My mechanic Brian and I are starting to figure things out on and off the track. My Arctic Cat was fast and performed well. I had a lot of confidence which allowed me to use the whole track to navigate through snow dust and traffic. We're looking forward to Deadwood, where we'll have the red plates on the sled!" 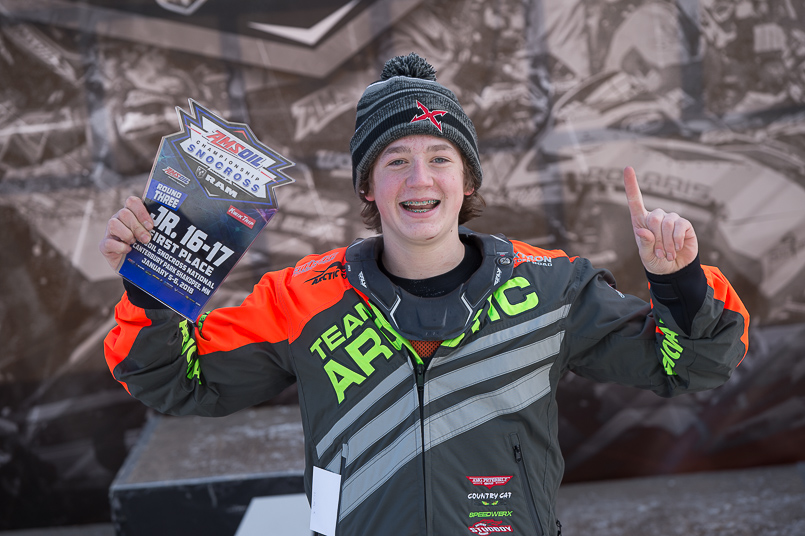 Anson Scheele (Country Cat/Speedwerx/Arctic Cat) continues to take the Junior classes by storm. At Canterbury he made it a clean sweep, winning Jr. 14-15 and Jr. 16-17. 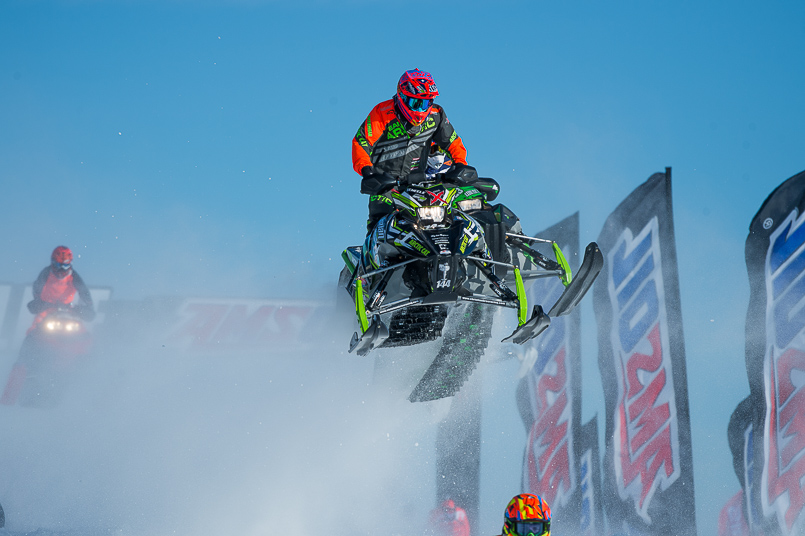 Christian Brothers Racing gave away their third Troy Lee Designs Helmet. As the drawing winner, Cason took home a Troy Lee Designs SE 4 Youth Factory Helmet. In addition to Troy Lee Helmets at every event, race fans also have the chance to enter to win an Arctic Cat ZR 200 snowmobile. The giveaway is open to fans 17 years old and younger and they must be signed up by a legal parent or guardian. Only one entry will be allowed for each eligible fan per event. The winner will be drawn Saturday, March 17, 2018 at the ACS Lake Geneva Grand Finale in Lake Geneva, Wisconsin and need not be present to win. 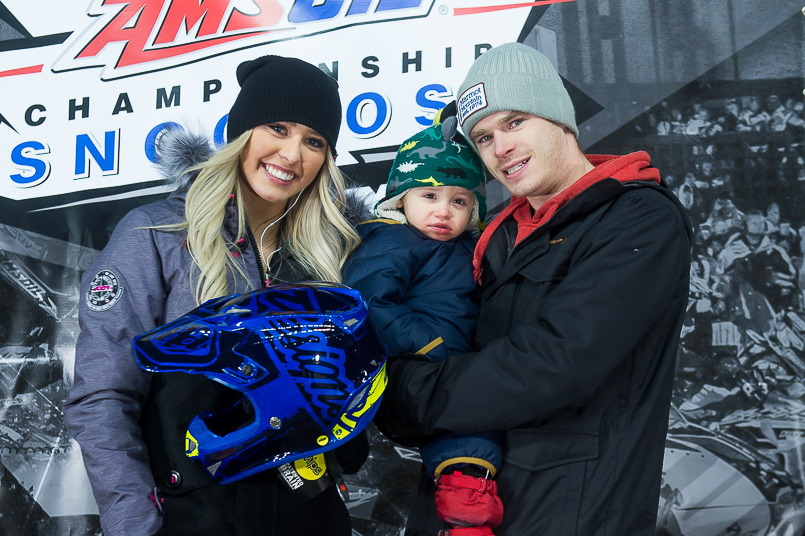