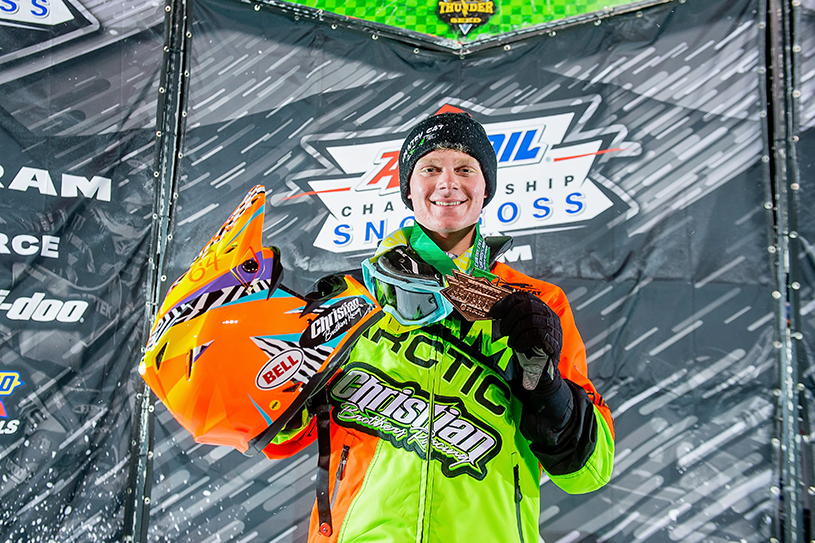 Fertile, MN (December 16, 2019) - Christian Brothers Racing (CBR) represented at their hometown race in Fargo this weekend. Pro Lite Rookie, #64 Andy Pake led the team with a solid start-to-finish performance in his rookie debut in the Pro Lite class landing on the box in third place. 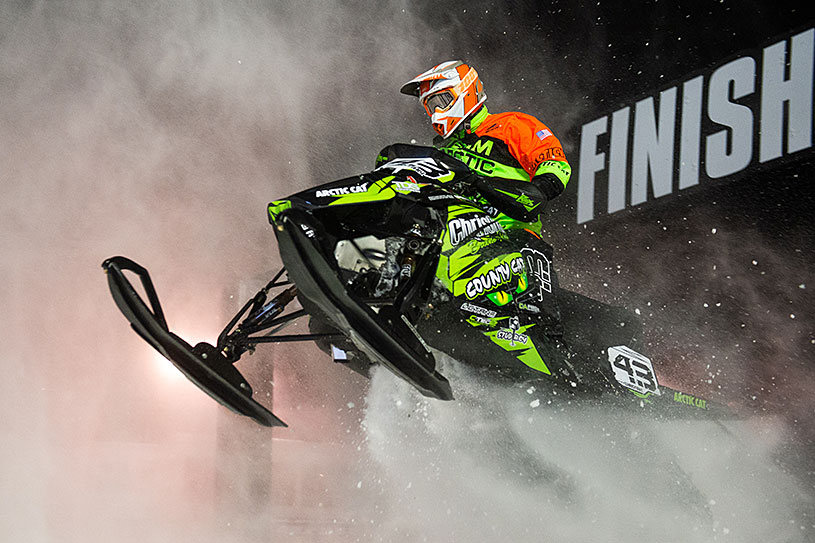 CBR spokesman and Team 43 Pro rider, Logan Christian said, "It was nice to be in Fargo racing for our fans and team sponsors, including Country Cat, who was the title sponsor of the venue. Our team is proud of Andy Pake's rookie debut in the Pro Lite class. He did a fantastic job." Christian continued, "As for me, I felt good, and so did our Arctic Cat ZR's. The snow dust was worse than I can ever remember, but I shook that off and ran in the front of the pack during Sunday's final. I'm in the top 10 for points, but I've got some things to work on and ideas on how to improve in the practice time before Canterbury. I'll be ready to come out swinging for one of my favorite races in Shakopee." 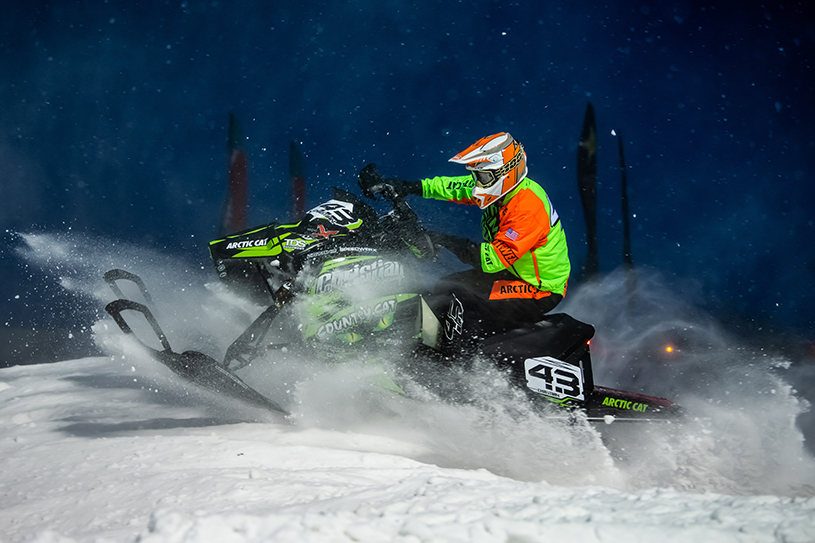 Andy Pake commented on his first Pro Lite races in Fargo, "I was pretty happy with the strong results and the consistency in the majority of my heats I competed in. Now I just need to work on consistency in the finals moving forward. I'm thankful for everyone who helps my success including Christian Brothers Racing, my mechanics and our team's fantastic sponsors. They are all world class!" 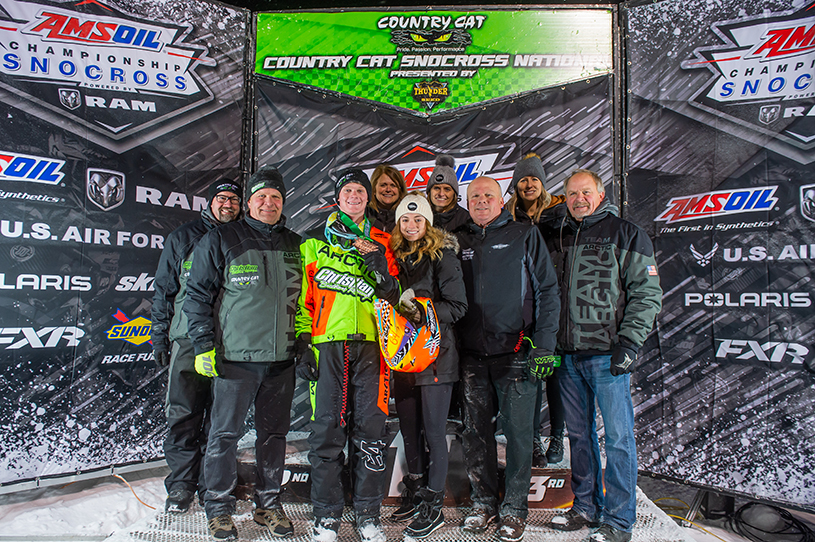 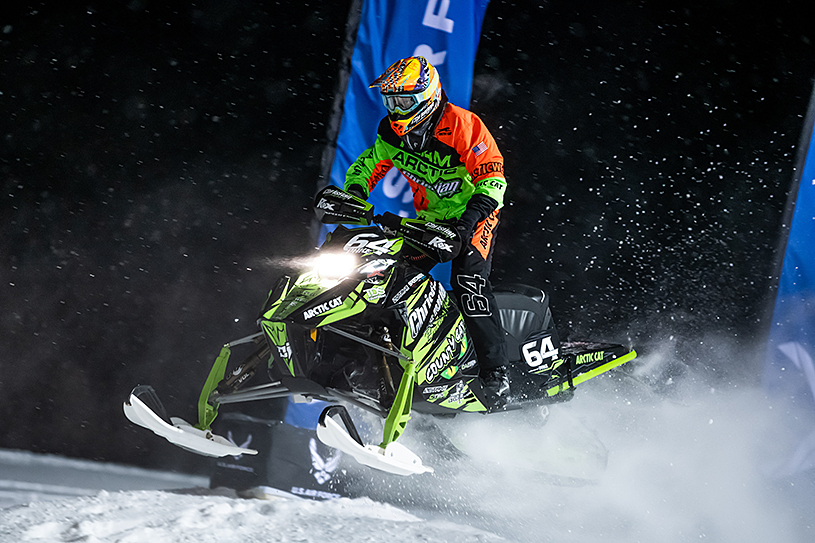 Pake's Pro Lite teammate Anson Scheele said, "It was fantastic to finally compete in the Pro Lite class at Fargo. I've shed my rookie jitters, know my equipment is strong, now I will work on my consistency as we head into my hometown race, Canterbury." 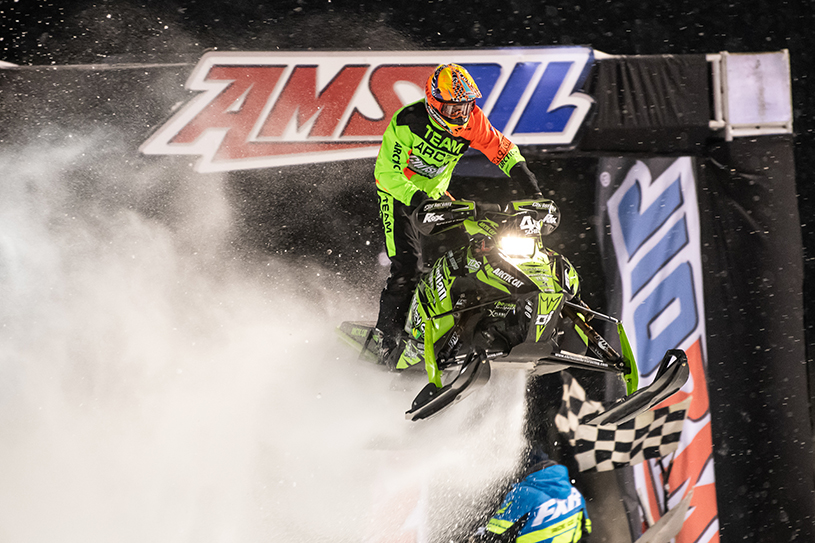 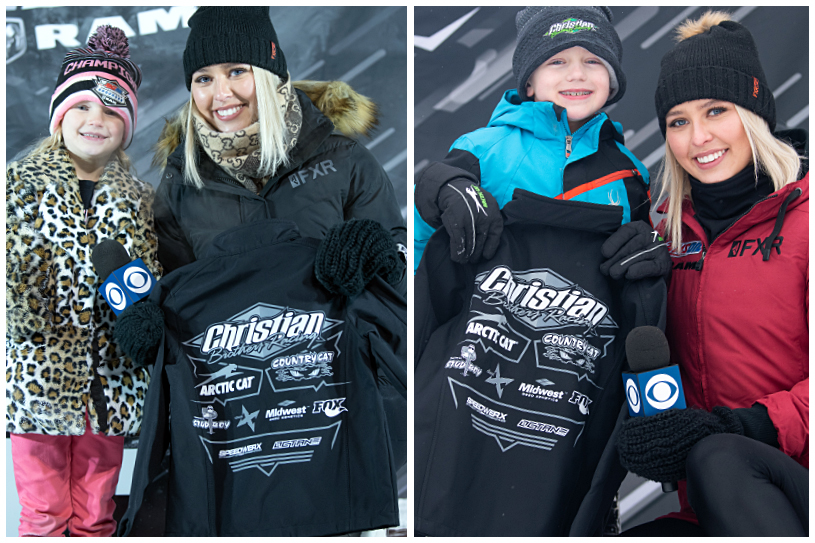 Next up for CBR is the Snocross National in Shakopee presented by Pirtek, January 3-5. Like the Fargo format, a third day of racing will be added to make-up for the missed Duluth Round 2.