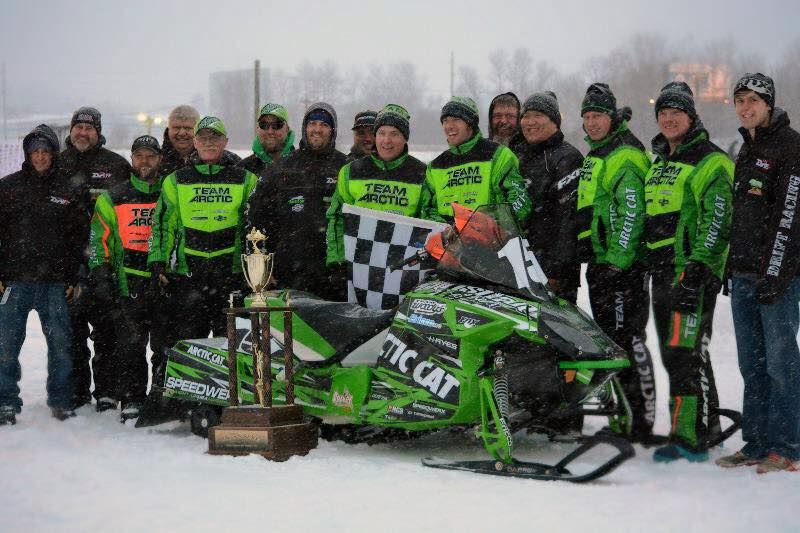 Fertile, Minn. (February 11, 2015) - Since 1969 the Soo I-500 has stood as one of the most grueling races in snowmobiling and one of its most coveted wins. Run on a 1-mile ice oval in Sault Ste. Marie, Michigan, the 500-mile Soo rewards machine setup, rider endurance and horsepower. Christian Brothers Racing fielded two teams at this year's race, Ryan Simons and Zach Herfindahl on the No. 52 sled and Brian Dick and Wes Selby on the No. 15 sled. The No. 15 qualified 4th and the No. 52 qualified 10th in a field of over 38-riders.

When the green flag flew to start the 500-lap race this past Saturday, February 7, both Christian Brothers sleds positioned themselves at the front of the pack and would hover around the Top 5 spot for the entire race. By mid-race weather had moved in and on lap 282 the race was red-flagged due to visibility with Dick and Selby in the lead and Simons and Herfindahl in 8th place. Hours later race officials made the decision to call the race complete, giving the win to the No. 15 sled. Christian Brothers was the dominant team with the No. 15 sled leading 133 of the 282 laps completed and the No. 52 sled leading 14 laps. Christian Brothers Racing led more laps than all the other teams combined. It is only the second victory for Arctic Catin the 46-year history of the race. 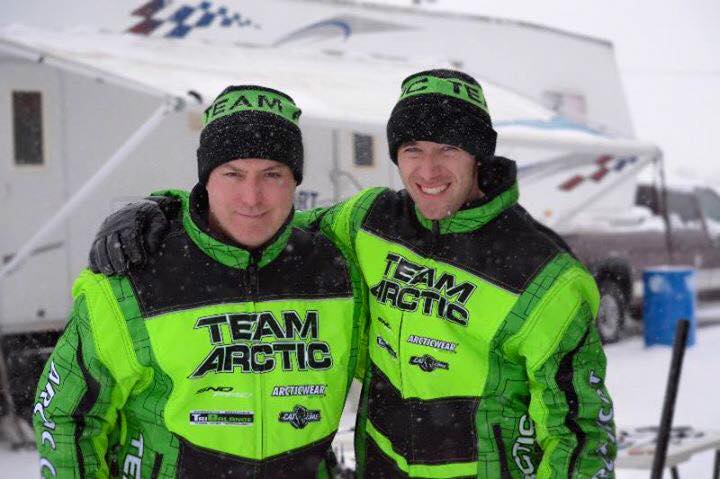 "I'm very pleased with the Christian Bros Racing effort at the Soo," said Dick. "We had a great crew, great drivers and sleds and ended up on top.It's really an honor to be part of the ChristianBrothers Racing Team. Dwight, Stuart, and the whole Christian family put a lot of effort into snowmobile racing and Arctic Cat is very fortunate to have support from a terrific race team like CBR. Thanks to our team, sponsors and crew who worked hard to make this victory happen!"

"It's an honor to win such a prestigious race and to do so for Arctic Cat and Christian Brothers Racing," said Selby. "It was close racing and you had to ride smart and pick good lines. Riding with Brian and having Roger Skime there was important because they are two of my mentors. It's great to have our names in the history books."

"We had some mechanical issues early in the race but we were moving up the order when they called the race," said Herfindahl. "This race demands a lot of strategy and I think we would have gotten where we needed to be if the race had kept running. The track was really fun and the rougher it got the better it was for us."

The Christian Brothers Racing snocross riders were in Salamanca, New York, to compete in Rounds 9 and 10 on the ISOC National snocross schedule. DOC 360/DRIFT Racing/Arctic Cat rider Logan Christian started the weekend off with a 3rd place podium finish in the Pro Open class. Christian came back the next night and finished 4th, just missing another podium finish. Christian currently is in 5th place in Pro Open points just 22 points behind second place. 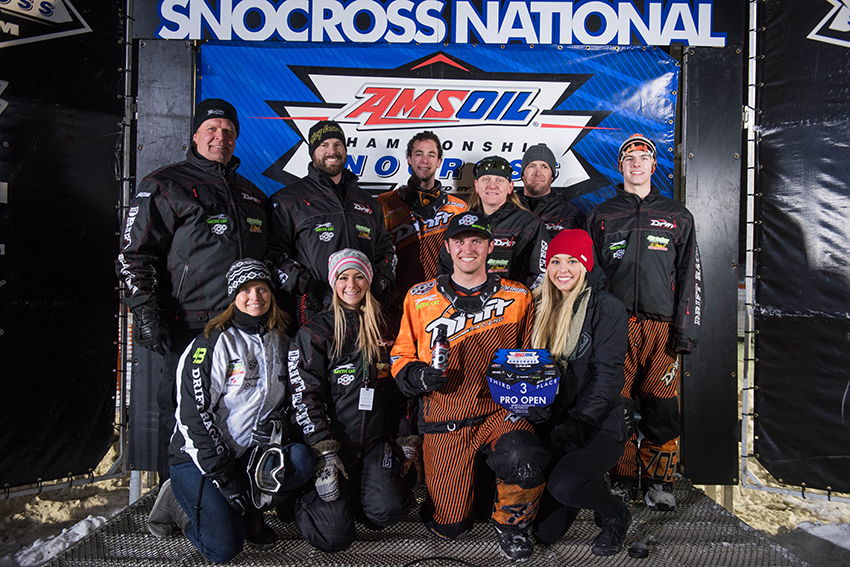 "Starts are always key and our sleds were rockets off the line this weekend," said Christian. "The sleds worked great and I felt good. I?m happy with the weekend and excited to go to Chicago and work on moving up in the points."

Royal Distributing/Arctic Cat rider Dave Joanis was looking to turn his luck around at New York and did just that, riding to a 7th place finish on Friday. Joanis had to qualify through the LCQ on Saturday but had a strong 9th place finish in the final. Joanis currently sits in 7th place in Pro Open points among 26 riders. 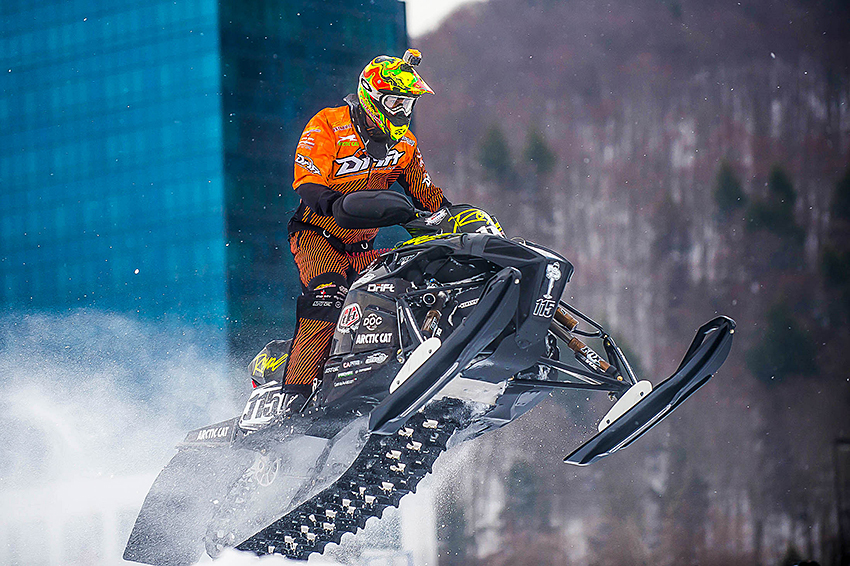 "Qualifying went good on Friday and I got a great start in the final, finished 7th," said Joanis. "Had to start in the back row on Saturday and salvaged a 9th place finish. Looking forward to the next event and getting on the podium!"

Riding one of the biggest waves of his young career, Tyler Adams had three podium finishes in a row coming into New York. Adams entered the event with full momentum finishing 1-2 in heats on Friday, but a crash in the final resulted in a bent suspension and a 13th place finish. Adams regrouped for Saturday?s racing finishing 4-3 in heats and finishing 11th in the final. Adams is currently 8th in Pro Lite points among 36 riders. 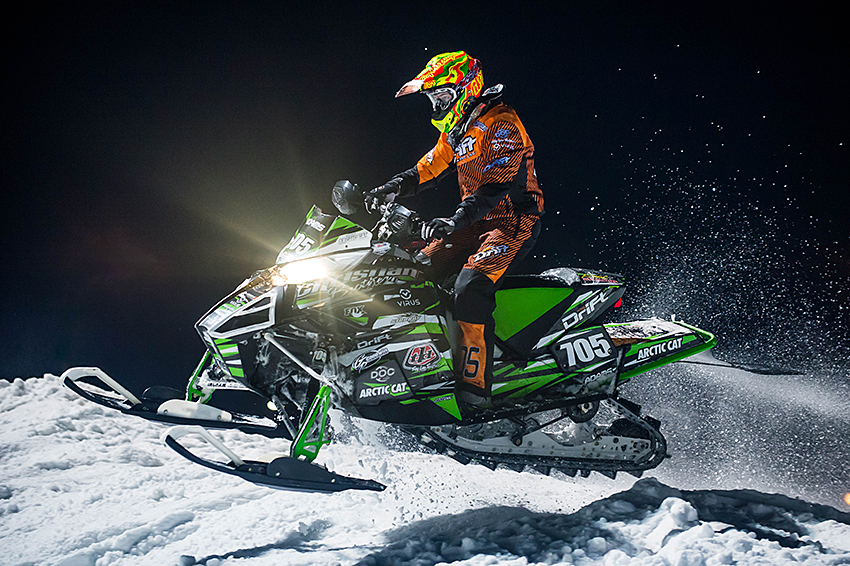 "I got the holeshot on Friday and was going through the front section and tumbled about halfway through it," said Adams. "I bent up the sled a little and had to use my backup sled and just couldn?t find a rhythm."