Christian Podiums At Michigan; CBR Riders Compete At Iron Dog, Cross-Country
Fertile, Minn. (March 5, 2015) - Mt. Pleasant, Michigan, played host to Rounds 13 and 14 on the snocross national calendar. Situated smack dab in the middle of the Michigan's Lower Peninsula, Mt. Pleasant featured one of the most challenging tracks the riders have faced so far this season. The penultimate event of the season, the races at Mt. Pleasant were critical for the riders in season points.
After a solid Friday night where he finished in the 6th spot, DOC 360/DRIFT Racing/ Arctic Cat rider Logan Christian came back Saturday to claim his third podium finish on the season. Christian started from the back row and quickly worked his way to the front of the pack. Then, within the span of a few laps mid-race, Christian had worked his way into a podium spot. 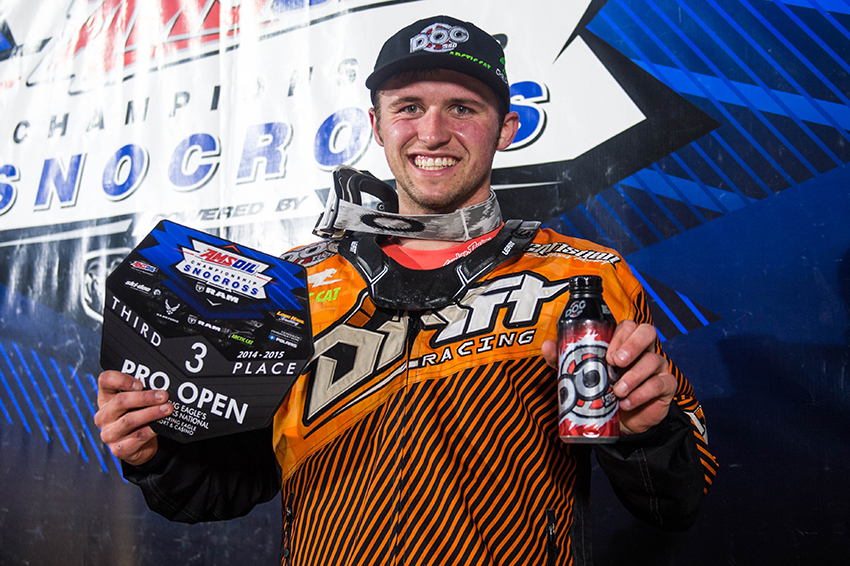 "Mt. Pleasant was good to us," said Christian. "My mechanic Betsy worked hard to solve some sled problems on Saturday; I qualified through the LCQ, started from the back row and finished on the podium! The track was crazy and it was definitely survival of the fittest."

Royal Distributing/Arctic Cat rider Dave Joanis was back on form in Michigan scoring a 5th place finish on Friday. Joanis was on the pace all weekend using good starts and smart lines to finish at the front in heats both nights. 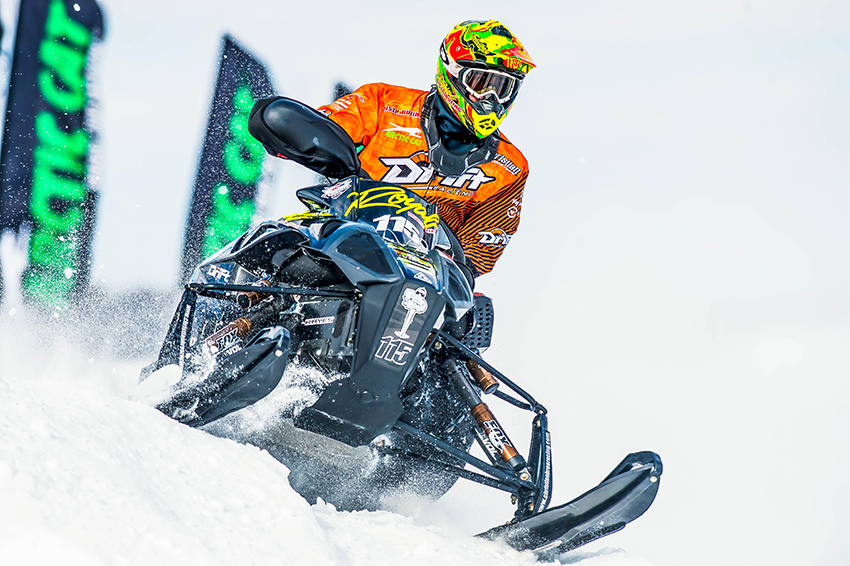 "I finished 5th, just off the podium Friday night after getting pushed off the track at the start," said Joanis. "Came back Saturday and the day went great, went 4-1 in heats but then had some bad luck in the final that ended my run."

Last year Mt. Pleasant was not good to Tyler Adams. This year was much better to him, he finished 5th on Friday and 6th on Saturday. 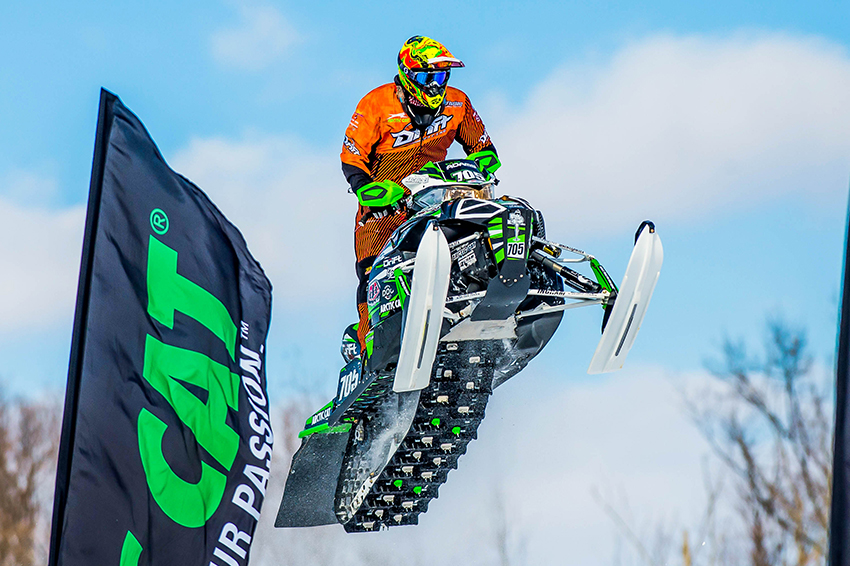 "I got some good finishes and that keeps me in the points," said Adams. "I would have liked more of a flow going into the finals but overall things went well. Looking forward to getting on the podium again at Lake Geneva!"

Christian Brothers Racing cross-country riders competed in the two-day, USXC Seven Clans 300 Challenge Cup in Thief River Falls, Minnesota. With low snow across much of northwest Minnesota and eastern North Dakota, it is only the second race where the team was faced with real terrain, namely the ditches, rivers and woods surrounding the Thief River Falls area. Zach Herfindahl was setting the pace in the Pro Stock class before bad luck caught up to him. 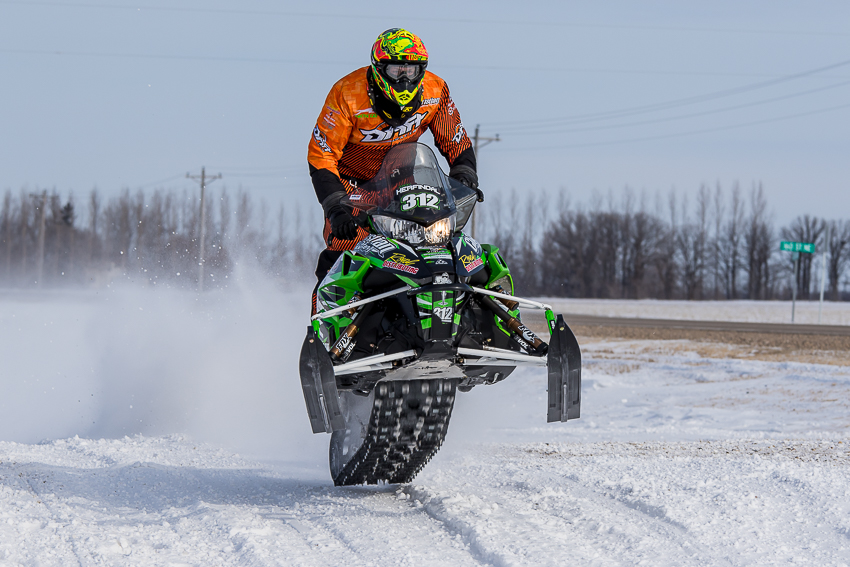 "Day 1 went great, I was in second place, .8-seconds behind the leader on the time sheets," said Herfindahl. "The second day I stayed behind the leader until the fuel stop then I made the pass and put about a half mile on him. About 15-miles from the finish I had a mechanical that put me out of the race. The positive is I scored enough points so I still have the points lead going into the final event."

Ryan Trout did double duty, racing Pro 600 and Semi-Pro 600 and Improved. It was Trout?s Pro debut and he scored a Top 10 finish in one of the most competitive classes in snowmobile racing. Trout also claimed a 3rd place podium finish in Semi-Pro Improved and 4th place in Semi-Pro 600. 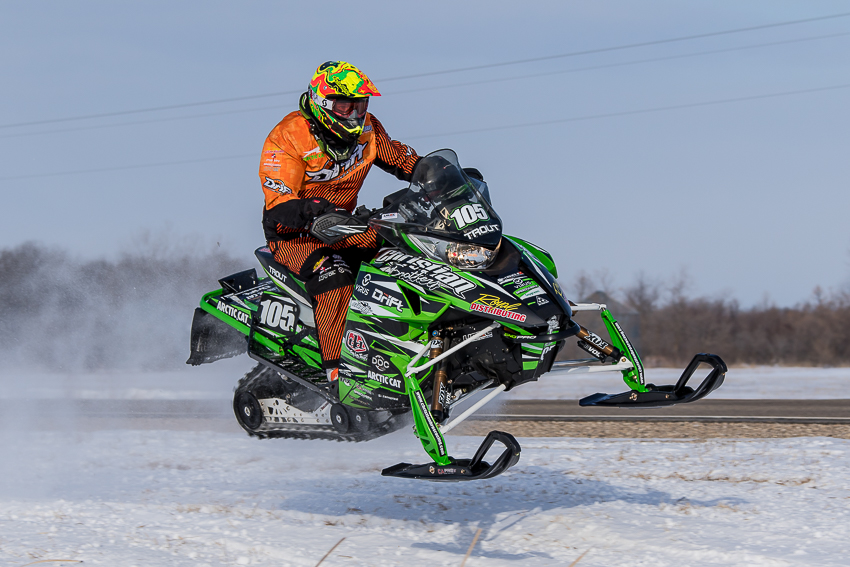 "I'm pretty happy with the podium finish in Semi-Pro Improved," said Trout. "I'm also happy my Pro debut went good. The track was fun and had some real technical, rough stuff which plays to my strengths."

Ryan Simons and Cory Davis spent the week competing in the 2,000-mile Iron Dog race. Always a challenging event, this year's warm winter brought low snow and lots of water crossing obstacles for riders. While the duo ran in the Top 5 for most of the race and met many maintenance challenges, they were forced to scratch on the push to the finish from Nome to Fairbanks.

"This was an unreal, very difficult race," said Simons. "Alaska is having a warm winter and we had some runs with miles of dirt, open water - all kinds of conditions that made it tough on the snowmobiles. We learned a lot though and we're hoping to come back next year."