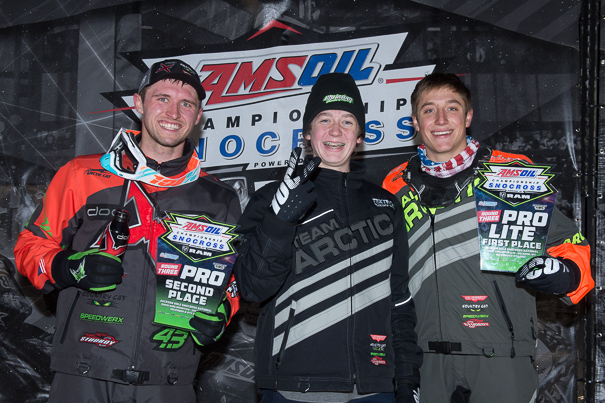 Fertile, MN (December 12, 2017) - Best known for its skiing and as host to the snowmobile hillclimb world championships, Jackson Hole, Wyoming, can now add snocross to its list of premier events. Race organizers built a challenging, half-mile track set at the base of Snow King mountain, complete with an uphill run and a mix of turns and jumps. The track, combined with the 6,000-plus foot elevation, made the race tough for racers and crew members alike. 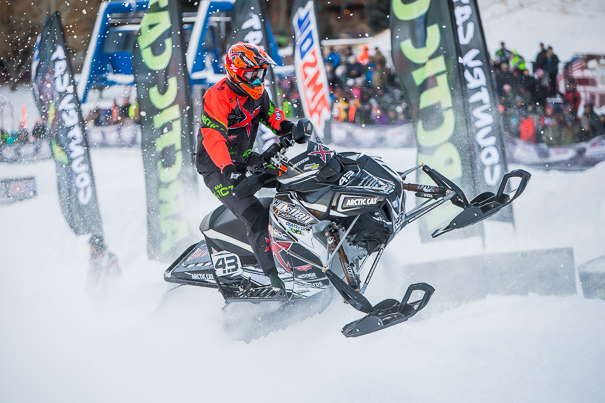 After a great start to the season in Duluth, Pro rider Logan Christian (doc/AMG Peterbilt/Arctic Cat) came out charging Friday. After going 3 and 4 in his heats, Christian jumped off the line in the final near the front of the pack, working his way from third into first place where he lead for much of the race and finished in the 2nd position. The next night he came back and swept his heats, finishing 3rd in the final, eighteen seconds ahead of fourth place. 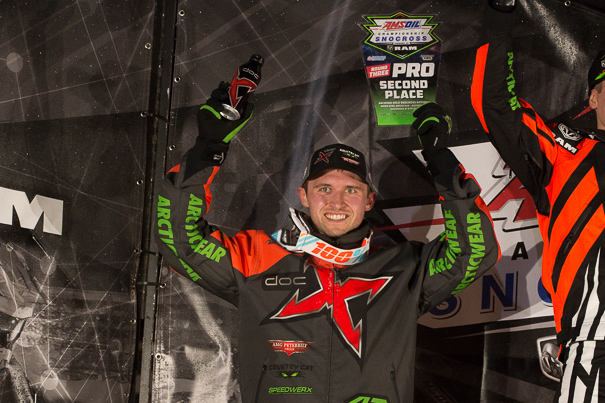 "Jackson went great for the team," said Christian. "The crew worked hard and our sleds were great at the line and on the track. I'm feeling confident going into the break and I plan to work on some things on the practice track and come back faster for Canterbury." 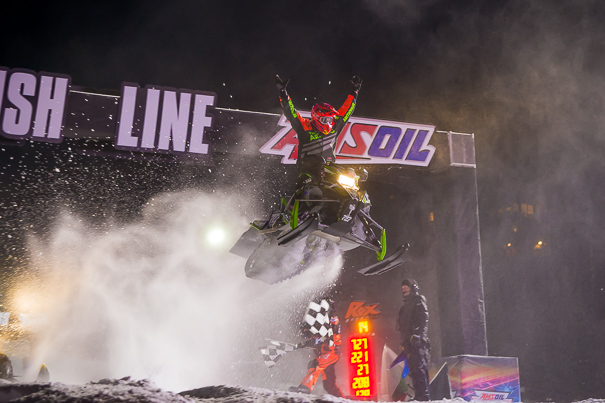 Christian Brothers Racing rider Jacob Yurk had a career weekend in the Pro Lite class at Rounds 3 and 4 of the snocross championship, taking his first ever victory Friday night and backing it up with a third place finish the next day. Yurk (Country Cat/TDS Equipment/Arctic Cat) kicked off the weekend with two Top 3 heat finishes. In the final he took a massive hole shot lead and never looked back, leading the race flag to flag to take his first career Pro Lite class win. The next night he came back and swept his heats then nearly won again, running as high as 2nd place before eventually finishing 3rd. 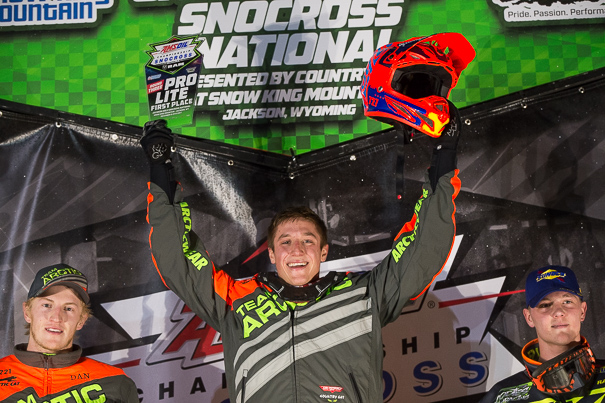 "Jackson was exactly what I needed," said Yurk. "I knew I could do it, but right now I'm able to ride on the edge yet stay in control. Jackson went well for the entire team, with all of us earning multiple podium finishes. We are all pretty confident and excited!" 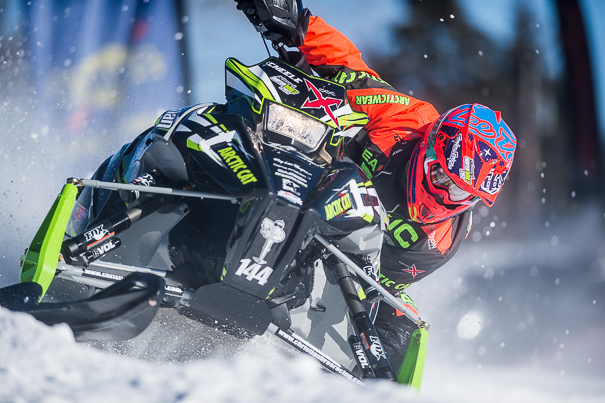 Coming off a huge weekend at Rounds 1 and 2 in Duluth, Anson Scheele (Country Cat/Speedwerx/Arctic Cat) narrowly missed the top step of the podium at Jackson Hole, taking 2nd place in Sport Lite and 3rd in Jr. 16-17. 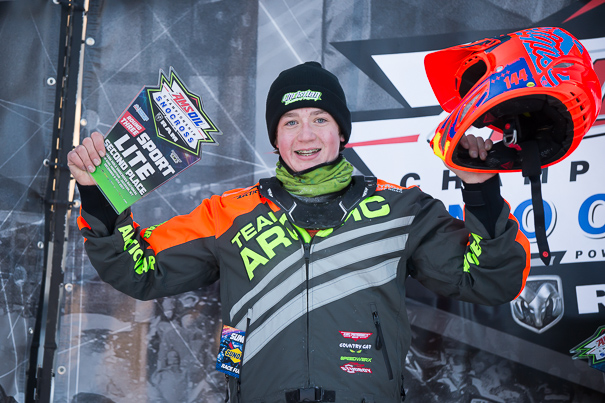 After four rounds Christian sits 3rd in Pro points while Yurk is just three points out of the lead in Pro Lite points. 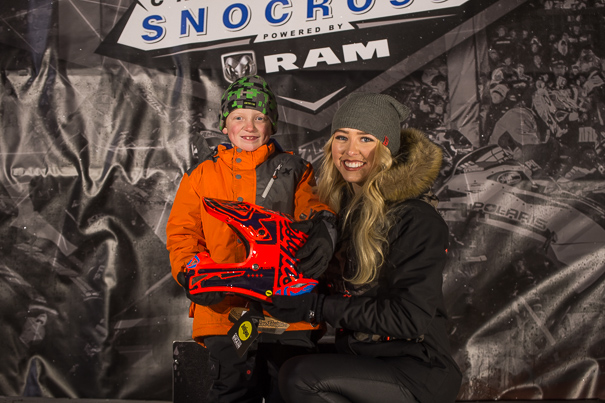 Christian Brothers Racing also gave away its second Troy Lee Designs Helmet to Teagan Cronquist. As the drawing winner, Teagan took home a Troy Lee Designs SE 4 Youth Factory Helmet. In addition to Troy Lee Helmets at every event, race fans also have the chance to enter to win an Arctic Cat ZR 200 snowmobile. The giveaway is open to fans 17 years old and younger and they must be signed up by a legal parent or guardian. Only one entry will be allowed for each eligible fan per event. The winner will be drawn Saturday, March 17, 2018 at the ISOC Lake Geneva Grand Finale in Lake Geneva, Wisconsin and need not be present to win. 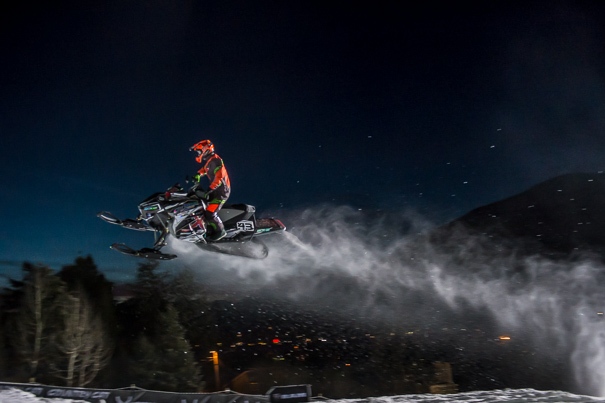 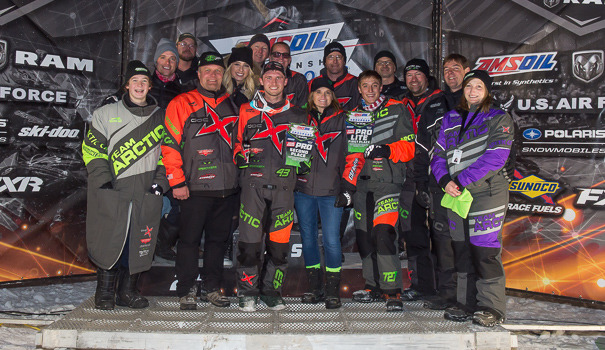