Five Podium Finishes At Michigan Snocross for Christian Brothers Racing
Fertile, MN (February 27, 2018) -The Soaring Eagle Resort & Casino in Mount Pleasant, Michigan played host to Rounds 11 & 12 of the Amsoil Championship Snocross Series. Despite several inches of rain leading up to the event, the ISOC crew did a remarkable job preserving snow and building a crowd pleasing track. The riders transitioned from the tight, technical track at the last event to the longer layout of Mt. Pleasant, Michigan, with its elevation changes and massive whoops. After posting five podium finishes at the most recent race in New York, the Christian Brothers Racing snocross team was looking to maintain the momentum and they did just that. 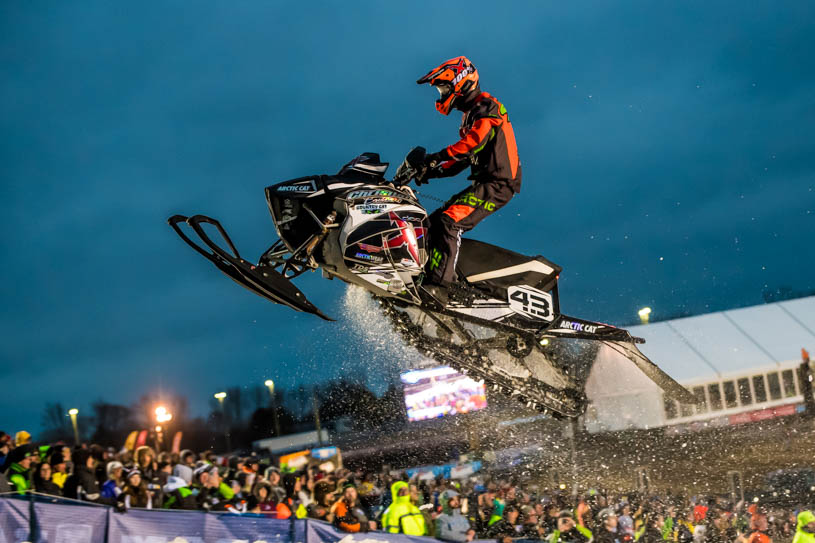 Logan Christian (doc/AMG Peterbilt/Arctic Cat) had a scare during qualifying in Friday when he was landed on by another rider. After a trip to the on site FXR Medical trailer to get checked out, Christian was unable to compete in the remainder of the racing Friday night. On Saturday, despite being bruised and sore, he posted a 3rd in Round 1 and 1st in Round 2. In the final he fought to a 5th place finish and continues to maintain his 3rd place position in year end points.

"Michigan started rough,"Christian said. "Missing the final was a bummer, but finding out nothing was broken was good news. I decided to tough it out and try and get some points and qualified 2nd, then got 5th in the final. My plan is to rest up and hopefully be 100-percent for the next race!" 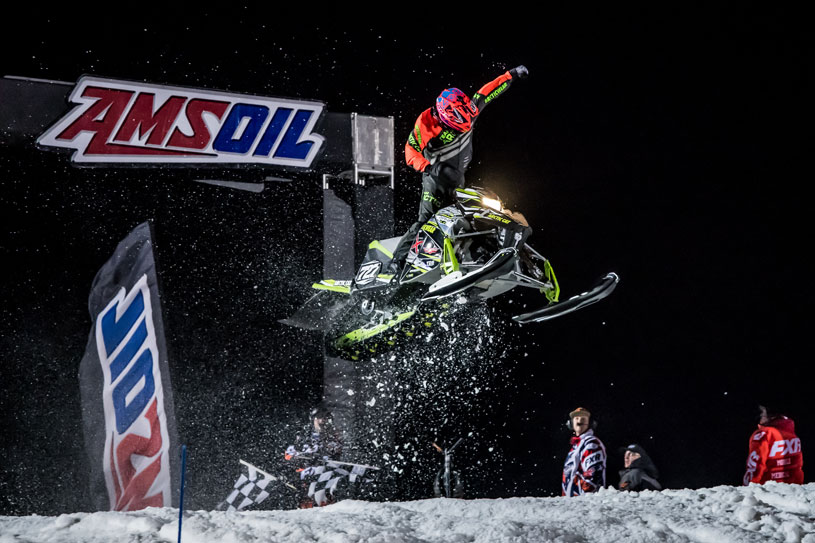 A crowd favorite at his home state race, Jacob Yurk (Country Cat/TDS Equipment/Arctic Cat) came out Friday on a mission. After winning both his rounds, Yurk jumped out in second place in the final, but was determined not to settle. Making the pass early, he went on to take a commanding win. On Saturday, Yurk put himself on the box again finishing in 3rd place. 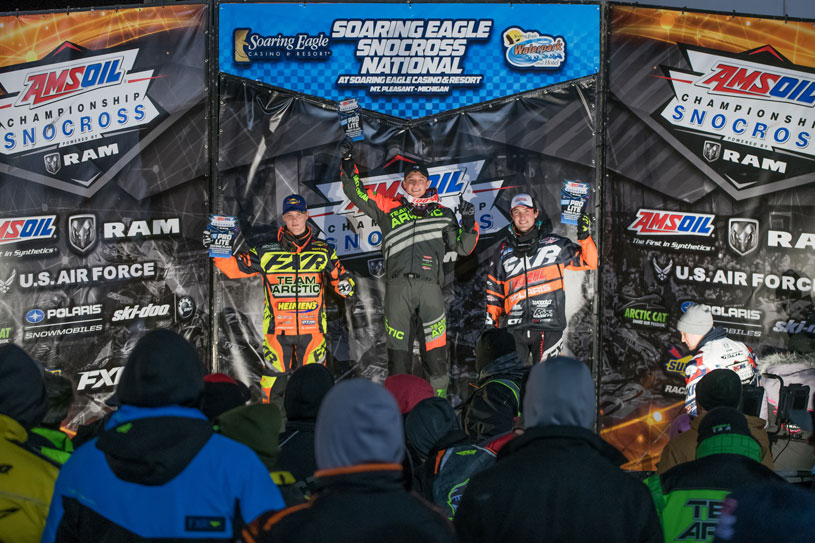 "Michigan was my home race and I was happy to get on the podium both nights in front of my friends and family,"Yurk said. "The team and I are learning every week. We have the speed, we just need to work on consistency. I'm happy Logy is OK, and Anson continues to impress everyone!" 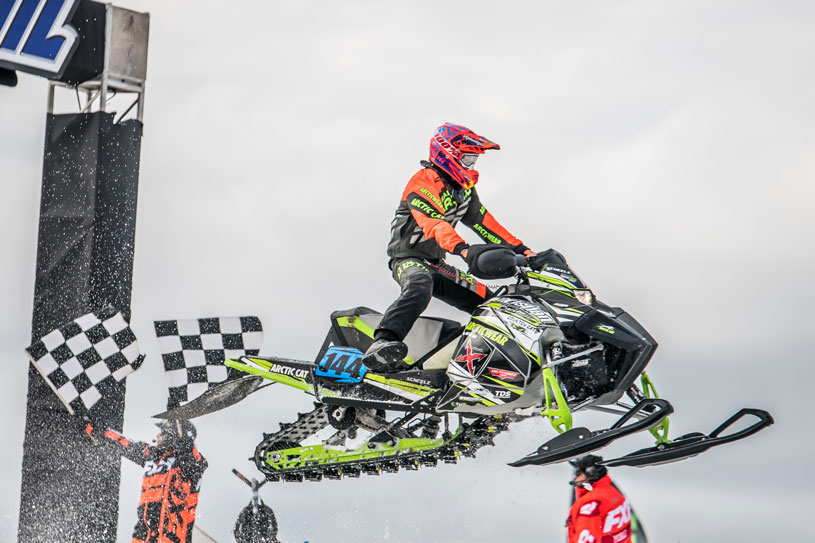 After finishing in 2nd place in the Sport Lite class Friday, Anson Scheele (Country Cat/Speedwerx/Arctic Cat) stood on top of the box, winning both the Jr. 14-15 and Jr. 16-17 on Saturday. 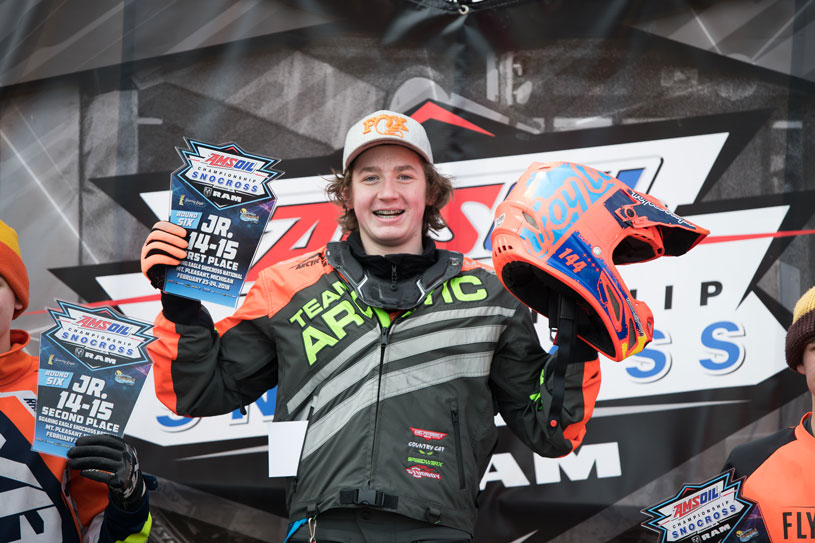 Christian Brothers Racing gave away their sixth Troy Lee Designs Helmet. As the drawing winner, Austin took home a Troy Lee Designs SE 4 Youth Factory Helmet. In addition to Troy Lee Helmets at every event, race fans also have the chance to enter to win an Arctic Cat ZR 200 snowmobile. The giveaway is open to fans 17 years old and younger and they must be signed up by a legal parent or guardian. Only one entry will be allowed for each eligible fan per event. The winner will be drawn Saturday, March 17, 2018 at the ACS Lake Geneva Grand Finale in Lake Geneva, Wisconsin and need not be present to win. 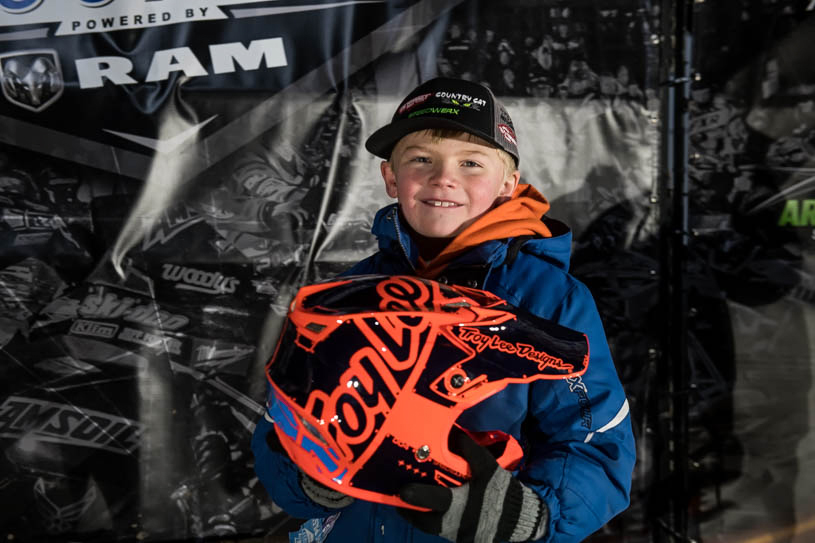