Deadwood, South Dakota (February 2, 2014) -Situated in the heart of the Black Hills in South Dakota, Deadwood is a noteworthy city because the entire thing is on the National Historic Register. Christian Brothers Racing made its own form of history in Deadwood last year when Logan Christian scored a second place finish and again this year when Dave Joanis had a breakout weekend with two third place finishes and Marica Renheim taking the win in Pro Am Women. Like the illegal gold rush town that played host to the ISOC Deadwood Snocross Shootout, this past weekend?s race took place on a small, rough-and-tumble track where things went really right or really wrong, depending on your luck. 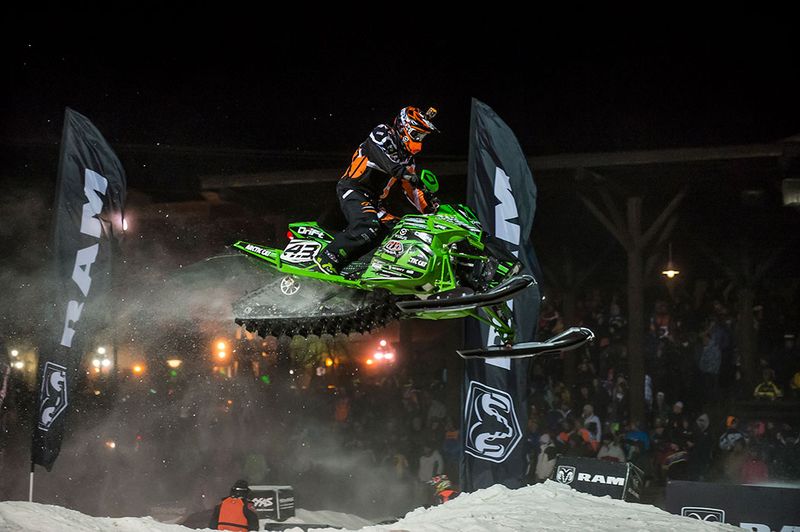 Logan Christian - Returning to the site of perhaps the best run of his 2013 season, Logan Christian was looking to at least duplicate that second place finish. The DRIFT Racing/Troy Lee Designs/Arctic Cat rider scored a 7th place finish on Friday and came back Saturday hoping for better luck, but ended up 11th in a chaotic Pro Open final. 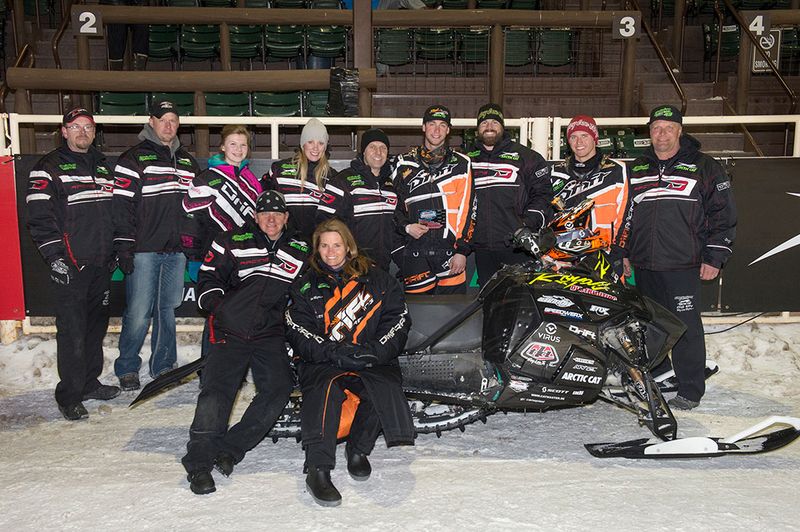 Dave Joanis - For rookie Pro Open rider Dave Joanis, Deadwood was a noteworthy weekend because the Royal Distributing/Arctic Cat rider scored the first two podiums of his career. Great starts and solid rides put him on the third step of the box both nights and placed Joanis firmly amongst the top talent in the ISOC Pro Open class. 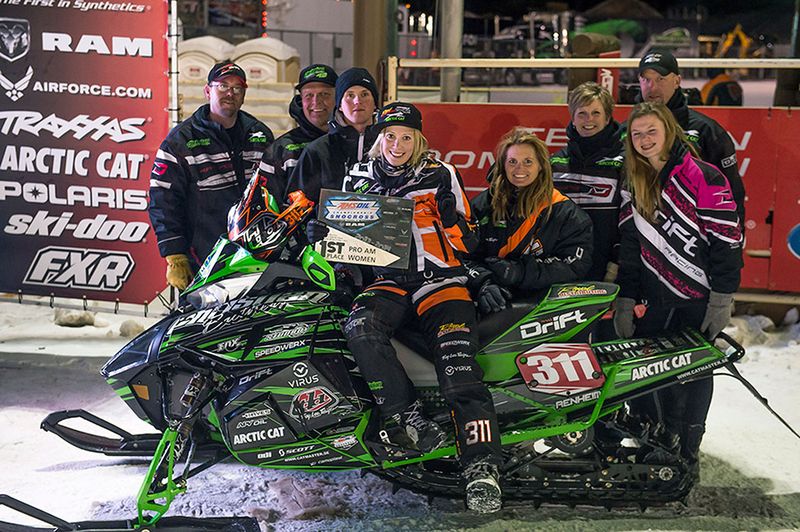 Marica Renheim - Polarbear boots/Arctic Cat rider Marica Renheim posted another perfect weekend at Deadwood, winning both her heats and the main. She rocketed to the front in the Pro Am Women main and, after a brief battle with another rider on the first go-around, took the lead and never looked back. 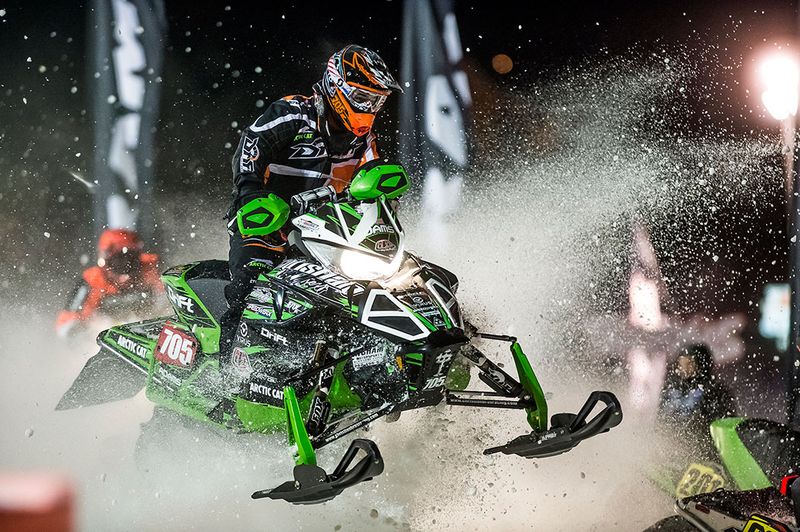 Tyler Adams - Arctic Cat rider Tyler Adams again set the pace in the highly-competitive Sport class at Deadwood. Adams had a heat win, two seconds and a third. The small, tight track posed as much of a nemesis as the other riders and Adams left Friday with a 10th place finish. On Saturday Adams was in third place in the main until he came off the sled and fell to 15th. 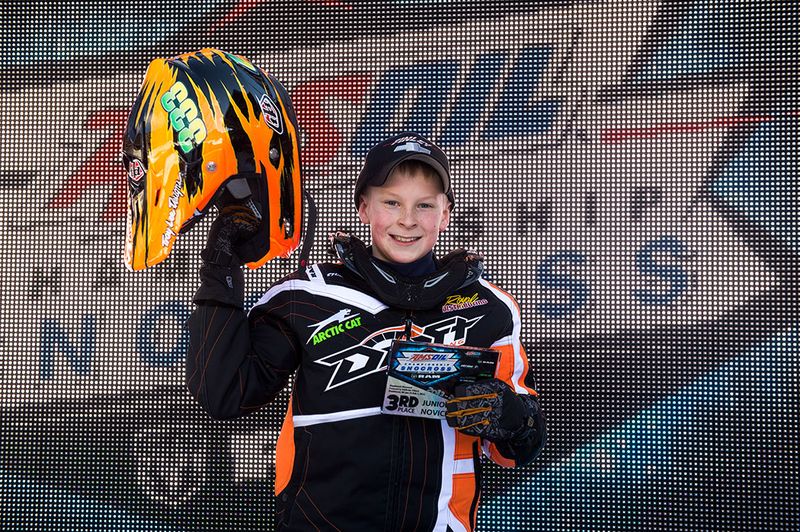 Evan Christian - Evan Christian continues to find the pace in the Jr. Novice 10-13 class. Fresh off a perfect weekend at an ISOC Regional race, the Finley Motors/Arctic Cat rider went 3-4 in heats and put it on the box in the main, finishing 3rd. 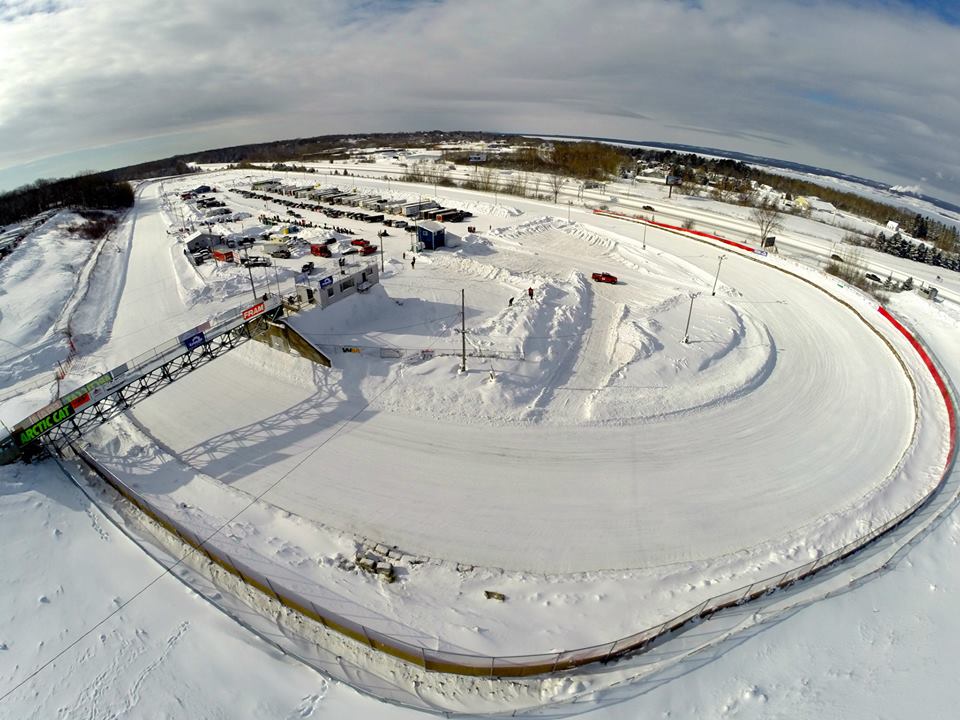 The Soo I-500 is a 500-mile endurance race that takes place on a 1-mile ice oval in Sault Ste. Marie, Michigan. Modeled after the Indy 500, the race has all the features of that race including qualifying during the week leading up to the race, a grid start, pit stops etc. Typically a team has more than one rider so they can switch off and get a rest since the race can take 8-10 hours or more to complete. Christian Brothers Racing was again on hand to compete in the race this past Saturday with Ryan Simons and Brian Dick piloting the No. 52 4-stroke Arctic Cat. Also riding under the CBR banner were Cody Badour, Wes Selby and Ben Langaas on the No. 15 sled. Just 165-laps into the race the No. 15 sled dropped out with engine problems. Though they suffered a couple blown belts the No. 52 was creeping up on the leaders and fighting for 4th place with under 100-laps to go. Playing a fuel mileage game with their more efficient 4-stroke engine, the track derailed with 70-some laps to go causing Simons to crash. The sled was brought back in but was too badly damaged to continue. Final placing was 34th for the No. 15 and 19th for the No. 52.

Quotes -
Logan Christian - Coming back to Deadwood I was really hoping to repeat the weekend I had last year. The track was really small and tight so it made it really hard to make up ground. You needed a good start to get a good finish. Our crew worked overtime this weekend to keep us at the front - they?re the best in the business for sure.

Dave Joanis - I?m so pumped to get two podiums this weekend! Things were really working great, we got great starts and that was really the key to getting on the box because the track was so small and it was full of sharp ice edges. Looking forward to more podiums next weekend!

Marica Renheim - I have to thank the Christian Brothers Racing crew for working so hard to put me on top of the box again this weekend. This has been a great season so far and I?m looking forward to more wins during the second half.

Tyler Adams - This weekend was tough. We did great in heats and I was in a podium spot on Saturday but came off the sled. The track was tough and full of unpredictable stuff. We still have the points lead though, and that?s definitely a positive.

Ryan Simons - We made the decision to race the 4-stroke thinking we could play a fuel economy game at the Soo. We were down on power compared to our competition, but we were still at the front with under a 100-laps to go. If that track hadn?t derailed I think we could have made a run at the win.